Last May, the Human Rights Council reviewed the situation of human rights in the United States. WILPF USA and the Human Rights programme have actively engaged in this review, jointly drafted a UPR report and have suggested several recommendations, some of which were endorsed by the UN member states in this Universal Periodic Review (UPR) exercise.

As the U.S. is not a state party to many international human rights treaties, legal accountability in many areas is more difficult to obtain. As such, WILPF recommended States to call on the U.S. to ratify the Rome Statute of the International Criminal Court, the Convention on the Rights of the Child (CRC) and the Convention on the Elimination of All Forms of Discrimination Against Women (CEDAW). Several States have made recommendations in line with WILPF’s proposal.

WILPF endorsed and advocated for the recommendations of the Global Justice Center over a USA policy that results in the systematic denial of safe abortion services to girls and women raped in war in violation of their rights under international law. The policy in question is a set of abortion restrictions that the U.S. places on all of its foreign aid, without exception, including on humanitarian assistance to war victims.

As a result of the overly narrow interpretation and implementation of these restrictions, the U.S. funds cannot be used for the provision of safe abortion services to girls and women raped in war. The restrictions also act to limit and censor abortion-related speech abroad.

These restrictions by the U.S. Government render the U.S. noncompliant with its obligations under international humanitarian law, Security Council Resolutions, and international human rights law. Fortunately, the Netherlands, the UK, Belgium and France have made recommendations urging the United States to allow its foreign assistance to be used for safe abortion for women and girls rape survivors.

The U.S.-Mexico border is increasingly being militarised and this is a serious concern for WILPF USA. The zero-tolerance U.S. immigration laws also place a huge burden on immigrants and further restricts their rights.

WILPF made several recommendations to UN Member States aiming at limiting the use of excessive violence against migrants and at ensuring fair due process and investigation methods regarding the detention of undocumented migrants.

Unfortunately, States did not follow these recommendations demanding the specific needed changes. However, Mexico urged the U.S. to adopt measures to prevent and punish excessive use of force by law enforcement officials against undocumented migrants. Several States also made recommendations calling on the United States to create access to healthcare services for undocumented migrants and their children. 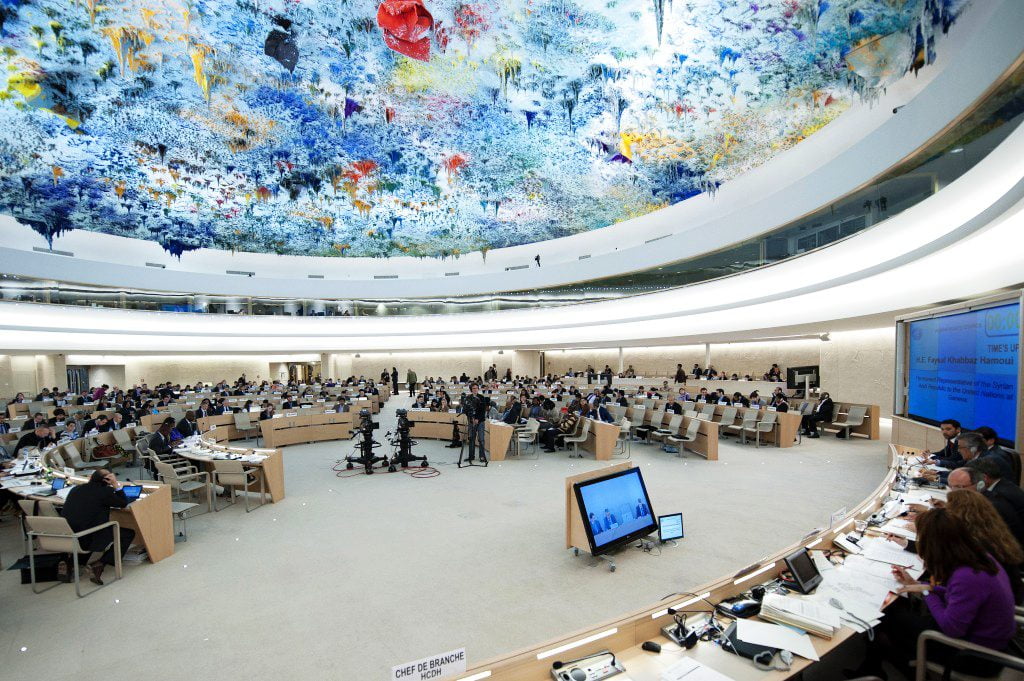 Hence, WILPF urged States to recommend to the U.S. to urgently ratify the Arms Trade Treaty and to conduct gender-sensitive risk assessments in order to stop arms sales whenever there is evidence that they would be used in the commission of gender-based violence.

One State recommended that the United States ratify the Arms Trade Treaty, which would mean all arms sales that are likely to contribute to gender-based violence or other kinds of human rights violations will no longer be allowed. This is a big step towards human rights as it recognises the obligations of countries towards human rights of persons outside the state when they export weapons.

WILPF advocated for the removal of the Fourth Amendment protection granted by a Supreme Court decision to corporations, as they are not humans. According to this decision, corporations would be treated as human beings regarding for instance, prior notification of labour inspections or investigations. This gives employers the time to hide abusive labour practices.

WILPF also recommended that the USA take appropriate legislative measures to strengthen corporate liability in case of labor trafficking and to ensure that CEDAW is duly implemented in the context of companies’ activities. We regret that no Member States took up these topics for recommendation to the United States.

WHAT TO DO NOW?

Both the Human Rights programme and WILPF USA will now monitor and advocate for the full implementation of all recommendations and hope that the U.S. government will be open to receive support and advice in this task.

If you would like to know more on the UPR process, visit UPR Info’s webpage to find out how you can engage in the advancement of the human rights situation in your country. Do you know what part of the process your country is in? You might still be in time to make a change! Spreading the word about the UPR mechanism is essential to the protection and promotion of human rights.