20 Years on from the World Conference on Women in Beijing, How Far Have We Come?

20 Years on from the World Conference on Women in Beijing, How Far Have We Come?

It has been 20 years since the transformative 1995 Fourth World Conference on Women, more commonly known as the Beijing conference, took place. With a flurry of events planned in commemoration of the milestone, there is no better time to reflect on its successes and setbacks, in theory and in practice, from the global to the local.

And so we did, after attending a press conference in Geneva on 27 October on “Global governance and the role of women, twenty years after the Beijing conference”. The event highlighted the importance of global commitments and norms to be implemented into local communities, as well as the importance to also include men in these issues. It also set the stage for next week’s NGO forum Beijing +20 Regional Review, which will take place in Geneva.

What do we have to celebrate?

Women’s rights activists have a lot to be proud of. Progress has been made on legislation, basic education, and the presence of women in decision making across the globe.

We are tackling the Beijing Platform for Action’s 12 key points of concern head on, since many of them align with WILPF’s integrated approach to address the root causes of war. From disarmament to human rights to violence against women, to peace and security, WILPF is on the ball when it comes to monitoring and advocating for women’s rights on a range of playing fields. 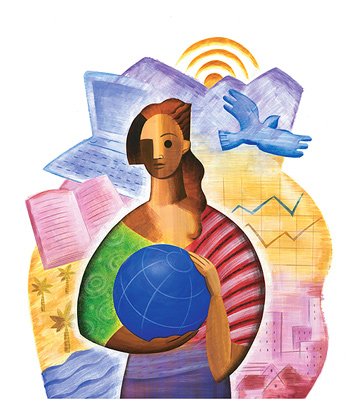 20 years on from the Fourth World Conference on Women in Beijing, WILPF has a lot to think about and act on.

The long road ahead

While a lot has been achieved since the Beijing conference, there is still a lot of work ahead with regards to policy implementation, human rights, peace and security, especially without a strong system of accountability to ensure that actors follow through with their commitments.

Moving forward, we need to keep in mind the importance of accountability and resources to establish a framework and create actual implementation of the Beijing Platform.

There are also still huge issues within trafficking, migration, economic effects on women in the economic crisis, values, accountability to commitments and lack of resources as these issues constantly gets the least prioritisation.

What is WILPF going to do next?

We are going to attend next week’s NGO forum Beijing +20 Regional Review, at which participants will discuss and evaluate achievements, identify and analyse barriers, and point to emerging issues regarding women, peace, and security. The NGO forum is vital because it will set the stage for what is still to be done and set recommendations for short and long term goals, starting with the post-2015 Agenda.

We will organise a panel on women and armed conflict at the panel. If you’re in Geneva on 4 November, be sure to come along!

Finally, we will continue applying an integrated approach to our work. A lot has changed in the last 20 years when it comes to advancing women’s rights. But, through it all, WILPF’s work in addressing the roots causes of war through an integrated approach remains as relevant as ever. As was stated at the press conference we attended, we must pay attention to the cultural dimension of gender inequality, and advocate for coherent domestic-international agendas for women’s rights in economic sections, disarmament and peace and security to work towards these goals.

Tell us how you are commemorating the anniversary, and what you think our next steps should be!