76 years of the atomic age has devastated people and planet. 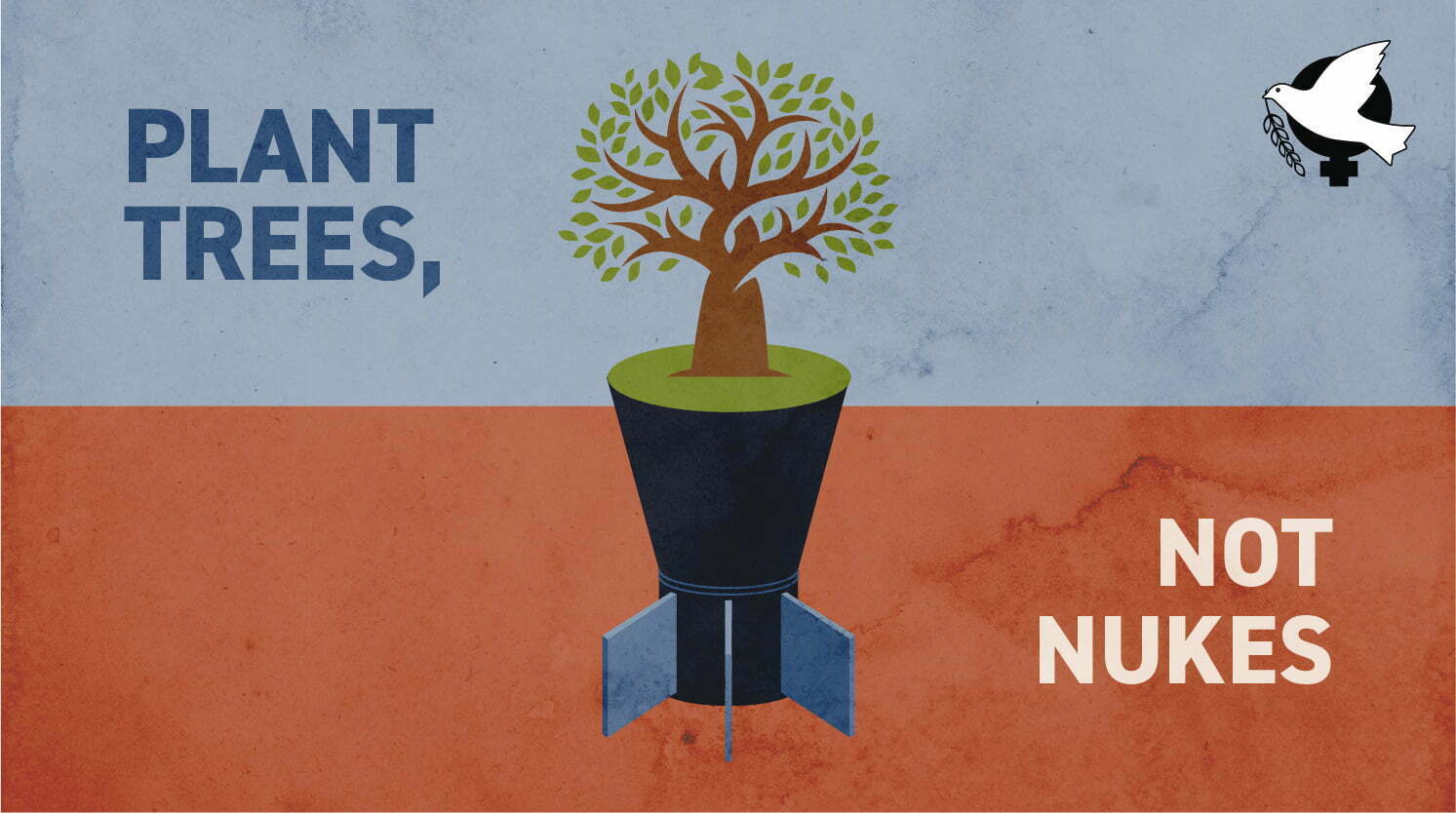 76 Years of the Atomic Ages has Devastated People and Planet. We need abolition now.

Seventy-six years ago, the United States dropped two atomic bombs: one on Hiroshima, the other on Nagasaki. These two detonations unleashed hell on earth for those within both cities, incinerating hundreds of thousands of people, along with plants, animals, and buildings. The heat and fire from the blast melted objects and turned human beings into shadows. The burns and the radiation poising killed many more in the days, months, and years after the bombings. As testimony from the survivors, the hibakusha, tells us, the terror of the bombs impacted the lives of those who survived forever.

For the last seventy-six years, we have all lived under the threat of radioactive blast and firestorm, the effects of which are immediately devastating and punishingly intergenerational. From production to testing to use to storage to disposal, nuclear weapon activities have contaminated land and water—and will continue to do so for thousands of years more.

Nuclear violence against our planet

Nuclear production has also harmed the environment. The plutonium processing plants in the United States and Russia have devastated water and land, leading to cancers and other health effects in humans and animals. Nuclear facilities in the United Kingdom have spread radioactive contamination across the English countryside and into the Irish Sea.

These are but a few examples. There are many, many more. Yet the nuclear-armed states continue to spend billions of dollars a year on nuclear weapons—even in the midst of a global pandemic, while people are struggling daily to survive and these same governments are cutting budgets for health care and social well-being.

In addition to the pandemic, the world is also facing a climate crisis. But rather than invest in renewable sources of energy and developing strategies to reduce energy and resource consumption, the biggest economies in the world are investing instead in weapons of mass destruction.

But in the midst of this horror, most of the world’s governments have said no to nuclear weapons. In July 2017, the UN General Assembly adopted the Treaty on the Prohibition of Nuclear Weapons (TPNW). It entered into force in January this year.

This treaty outlaws nuclear weapons—but so far, the nuclear-armed countries haven’t joined. We need to use the treaty to stigmatise nuclear weapons, which over time will impact the policies and practices of all governments—including the nuclear-armed states. We have seen how this works with other weapon bans, including on landmines and cluster munitions. We have likewise seen stigmatisation of destructive and unjust policies help to change behaviour and laws in relation to civil rights, women’s rights, and LGBTQ+ rights.

Already, more than 1,600 elected officials in countries that have not yet joined the TPNW have pledged to work to get their government on board, including in the nuclear-armed states. Cities and towns around the world have adopted resolutions encouraging their governments to join the Treaty, including nuclear-armed states capitals like Paris and Washington, DC. Financial institutions have started divesting from nuclear weapons producing companies.

WILPF congratulates all the countries that have already ratified or acceded to the TPNW and calls on all countries to do so.

These are dangerous times, and nuclear weapons make them even more dangerous. It’s crucial that we rid the world of these heinous weapons. While we have much work ahead to achieve the elimination of nuclear weapons, Hiroshima survivor Setsuko Thurlow has said, “with the Treaty on the Prohibition of Nuclear Weapons, we can be certain that that beautiful day will dawn.”