“I want to encourage immigrant women to pursue independent lives, to discover their place in Finnish society and gain access to working life.”

Bahar Mozaffari was born on 2 February 1978 in Mashad, Iran. She grew up in a family, where she and her three sisters were treated like equals and learned that women have the same value as men. “At our home, we were never reminded of being girls or that we couldn’t do this or that,” Mozaffari said in an interview with UN Youth of Finland. Her father taught Mozaffari and her sisters to dream about and strive to achieve a better and more equal world. He worked as a teacher and a writer, but spent twelve years in prison due to political reasons. 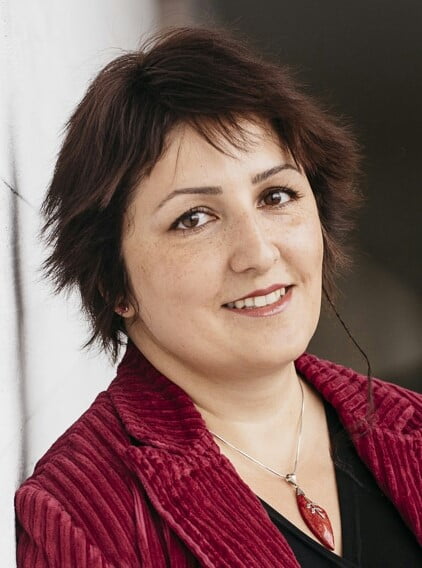 However, the assumption that women have the same rights as men was not shared by the surrounding society, and when Mozaffari married, her life changed drastically. She started experiencing restrictions on what she could do and she realised, that this was because of her being a woman. Mozaffari wanted to divorce her husband, but since divorce is illegal in Iran, this was not an option.

Being a feminist, she was determined to change the circumstances for herself and women in Iran and therefore started working for a women’s rights organisation. At the organisation they helped women give birth, which was illegal and Mozaffari got into trouble. Eventually, she had to flee Iran.

In 2004, Mozaffari arrived in Turkey with her little son. They had to stay in Turkey for two years before going to Finland as quota refugees in 2006. Here she started taking Finnish lessons and though she had a degree in economics it was difficult to get a job. In 2010, she got a traineeship at the Employment office in Espoo and after that a regular job as an expert working with immigrants.

According to Mozaffari, the status of women seems to deteriorate and we currently face backlash within women’s rights on a global scale. No matter where you are in the world, it is still important to work for maintaining and improving women’s rights and gender equality. “Women’s position in Finland is so much better than compared to for example Iran. But equality still hasn’t been completely achieved in Finland and we should be working on that,” she says.

Mozaffari is still working actively for the betterment of women’s situation and improvement of women’s rights. She is a volunteer at the Finnish section of the Women’s International League for Peace and Freedom (WILPF) where she assists in the integration training offered by the organisation. In the integration training programme, Mozaffari bases her work on her own experiences. According to her, the identity of immigrants is transformed when a person arrives in a new homeland. Women therefore need information about their new society and need support to be aware of their own potential. The integration training programme involves exercises that help you find your own strengths and expertise. In this way, women are encouraged to study or to apply for a job.