#Closepinegap: Actions And Activism To End The US-Australian Military Alliance

#Closepinegap: Actions And Activism To End The US-Australian Military Alliance

At the end of September, peacemakers and anti-war activists from across Australia will be gathering near the red centre of the country to demand the government close the secretive Pine Gap military base and end the military alliance with the United States.

WILPF members from Australia, as well as the director of WILPF’s Reaching Critical Will programme, Ray Acheson, will be participating in the actions and the Independent and Peace Australia Network (IPAN) National Conference on 1 October.

What is Pine Gap?

Pine Gap is a “joint defence facility” of the US and Australian governments, located less than 20km from Alice Springs in the Northern Territory on the traditional land of the Arrernte people. It is used to conduct mass surveillance – including as part of the Five Eyes intelligence network, provide data that enables the targeting of US drone strikes, support communications of the US armed forces, and help detect missile launches and target US nuclear weapons.

What are the activists doing?

Citizens, researchers, and whistleblowers have called for the closure of Pine Gap for decades, but the Australian government doesn’t even like to admit the facility exists and does not exert any real control over the operations there. Edward Snowden’s leaks of National Security Administration (NSA) files have revealed the base’s intimate role in US acts of armed violence and surveillance. 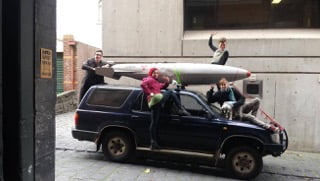 2016 is the 50th anniversary of the establishment of Pine Gap. Activists from around Australia are gathering to host a series of independently organised events and nonviolent protests in and around Alice Springs. In addition, the Independent and Peace Australia Network (IPAN) will hold a National Conference on 1 October, which will examine the role of Pine Gap in US wars and the Five Eyes network and seek to build a broad public dialogue around the demand for an independent Australian foreign policy.

Why will WILPF be there?

WILPF is concerned about Pine Gap because it is a central part of the US war-fighting machine. It facilitates the operation of nuclear weapons and armed drones, as well as mass surveillance and military communications. It is a prominent node in the global network of militarism created by the United States and sustained by its allies.

Militarism, and the threat of massive nuclear violence, is at the heart of the US-Australia alliance, which affects Australia’s engagement internationally on disarmament and arms control. Civilians are dying in Yemen from bombs sold to Saudi Arabia by the United States and major arms exporters. Australia was a champion of the Arms Trade Treaty, but has failed to challenge the US or its other allies over their active war profiteering, and is allowing weapons producers to advertise at the Canberra Airport. Meanwhile, the most destructive bombs at all, nuclear weapons, threaten all our lives—yet Australia is part of a small group of countries trying to prevent their prohibition. 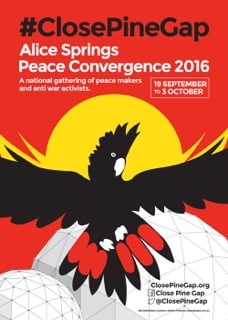 WILPF members, including Ray Acheson, the director of WILPF’s disarmament programme Reaching Critical Will, will participate in actions and conference at Pine Gap. One action, organised by the International Campaign to Abolish Nuclear Weapons (ICAN)—of which WILPF is an active partner—involves dismantling a model of a US nuclear weapon.

Ray will also speak at the IPAN conference about Australia’s role in global disarmament and arms control. She will examine how the US-Australia alliance reflects internationally on disarmament issues, including nuclear weapons, the arms trade, and armed drones.

Ahead of the IPAN conference and actions at Pine Gap, Ray will also be speaking at several other events throughout Australia: