Day 14: Gender Violence in Nepal: A Practice of the State?

Day 14: Gender Violence in Nepal: A Practice of the State?

In all cases, the lack of state accountability and the failure to bring perpetrators of sexual and gender-based violence (GBV) to justice remains a critical challenge to ending this form of violence.

The context of GBV is interlinked with the social, cultural, religious, and gender norms and with the political conﬂict in Nepal. Although the Interim Constitution of Nepal gives every citizen the right to practice his/her own cultural customs and rituals, the Nepali law prohibits some harmful customs and rituals. 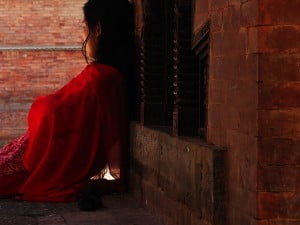 Traditional practices also contribute to the exploitation of women, particularly sexual abuse and sex work. For example, within the Badi community (in mid-western Terai district), many women are forced into commercial sex work, with 30%–40% reportedly being girls below the age of 15 years.

The Deuki tradition involves families offering young girls to temples to act as dancers in ceremonies. These girls, however, often experience sexual exploitation and enter sex work to earn a living.

Similarly, the Jhuma are Sherpa, who traditionally send their second-born daughters to monasteries as an offering to ensure the wellbeing of the girls’ family. Dalit women (lowest social caste) face multiple discriminations, are often accused of Boxi (witchcraft), and are extremely vulnerable to sexual exploitation.

Trafficking of young women from Nepal to India for sexual exploitation is a particular problem. An estimated 200,000 Nepali women are sex trafficked to India, half under 16 years of age when trafficked and one quarter below 14 years of age. A decade of armed conﬂict in Nepal is also thought to have contributed to GBV against women and girls, in particular through rape, trafficking, sexual slavery, displacement, and economic hardship.

The abuse of women in armed conﬂict is rooted in a culture of discrimination that denies women equal status to men. Social, political, and religious norms identify women as the property of men, conﬂate women’s chastity with family honour, and legitimise violence against women. Women’s ﬁnancial dependence, subordinate social status, and a lack of legal support render them signiﬁcantly vulnerable to continued abuse.

The legal and policy environment in Nepal contains some laws that may both perpetrate stigma and preclude redress for violence and discrimination suﬀered by disabled women. For example, the National Code 1964 permits a second marriage if the spouse becomes blind or crippled. Although this provision is applied to both men and women, it is generally exercised more by men than women.

Under the 11th amendment of Naya Muluki Ain (Country Code), any perpetrator (or perpetrators in the case of gang rape) of sexual violence against pregnant, disabled, or handicapped women will have an additional ﬁve years added to their sentence. However, these protective laws are often not put into practice, usually because of under-reporting of the issue by the women themselves.

Although not clearly stated in the law, sex work is illegal in Nepal. The interim constitution of Nepal guarantees that every citizen has the right to practice any profession. This could lead to the interpretation that selling sex voluntarily is not a crime.

However, the law has provision to punish those who forcefully engage women in prostitution under the Traﬃcking in Human Beings (Control) Act, 1986. Similarly, the National Plan of Action against Traﬃcking, 1999, is silent with regard to the legality of prostitution.