Effectiveness of Protection Measures and Mechanisms for Defenders of Economic, Social and Cultural Rights: The Case of Honduras

Effectiveness of Protection Measures and Mechanisms for Defenders of Economic, Social and Cultural Rights: The Case of Honduras 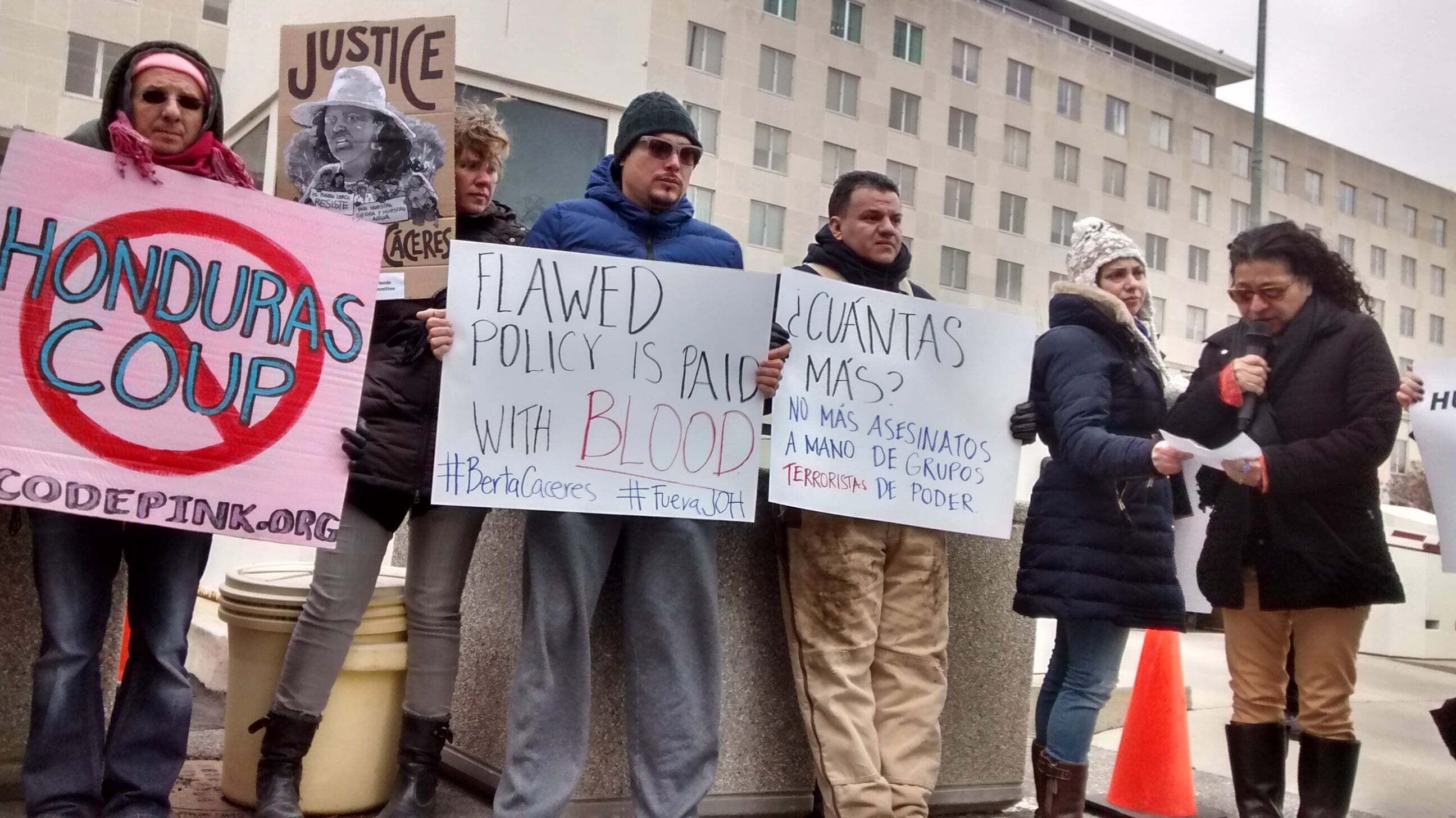 The speakers went through a short overview on the difficult situation for human rights defenders, but also the roots and causes of their vulnerability.

In response to the many macro-development projects being planted in Honduras regardless of their impact on communities or the environment, many Hondurans are committed in the defence of human rights and the environment.

Their situation has deteriorated since the Coup d’Etat of 2009 and the degradation in the constitution. The new government has provided many concessions to mining and urbanism projects: more than 50 projects have been accepted since 2013. The main one is the electrical project of Agua Zarca, to which Berta Caceres was protesting and that led to her murder.

One human rights defender argued they would feel more secure if people from their own communities would play that role of protecting them, it is difficult to trust the armed forces that are so corrupted, however these alternative measures have not yet been ever accepted.

The government of Honduras affirmed that alternatives to traditional protection measures are being studied and that they have the willingness to improve the efficiency of protection.

States are not the only responsible for the situation, the important role of transnational companies also has to be taken into account: they are often responsible of the attacks against defenders.

Impunity for cases of murders of human rights defenders such as Berta Cáceres also needs to end.