Now that the world’s governments have adopted the 2030 Agenda for Sustainable Development together with its 17 Sustainable Development Goals (SDGs), it’s time to talk strategy and implementation. What needs to be done so that the agenda lives up to what it promises? Elisabeth Prügl, Professor of International Relations at the Graduate Institute in Geneva, discusses these issue below.

To begin with, SDG promises are substantial and should make feminists happy. Goal 5 addresses many issues of particular importance to feminist movements, including ending violence against women and girls, recognising and valuing unpaid care and domestic work, seeking to advance women’s equal participation and leadership, and ensuring access to reproductive rights (though carefully excluding sexual rights). Moreover, gender is mainstreamed throughout all the goals bringing into view crucial issues such as the need to give women equal access to economic resources including control over land and other property. Important for WILPF is goal 16 on promoting just, peaceful and inclusive societies, which includes a focus on ending all forms of violence, abuse, exploitation and trafficking, as well as a call for inclusive, participatory and representative decision-making. 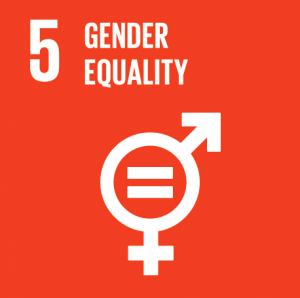 Number five in the Sustainable Development Goals is gender equality.

This is a far cry from the Millennium Development Goals that reduced gender equality to equal access to primary and secondary education and to improving maternal health. In the SDGs politics is built in, structures of patriarchy are recognized as problems, and women are moved from clients to citizens with rights. Importantly, the SDGs apply universally, not only to low- and middle-income countries. They thus give a tool to activists both in the North and South to hold their governments accountable on issues ranging from ending discrimination to protecting the labor rights of migrant women.

The discussion now has shifted to ensuring that the ambitious agenda is implemented. The 60th session of the Committee on the Status of Women (CSW) will be an important occasion to advance this work. As the principal inter-governmental body at the global level tasked with promoting gender equality and women’s empowerment, CSW plays a central role overseeing the commitments governments have made.

So what are the issues to look out for?

a) Governments Need to Reconsider Women’s Agencies and Gender Mainstreaming

First, the implementation of the SDGs will depend on governments. Many are in the process of developing strategies and action plans to translate the SDGs into national agendas. These plans will build on existing infrastructures, but now is an opportunity to strengthen these, correct what has gone wrong, and put new ideas on the table.

For example, there is a wide consensus among gender experts that the most successful national models combine strong women’s policy agencies with a strategy of gender mainstreaming. In many countries these agencies continue to be weak, and frequently gender mainstreaming has not been implemented convincingly. But, where women’s agencies are strong they have played a major role in generating new gender equality legislation (as for example in Chile in the 1990s); and where institutions have embraced gender mainstreaming they have sometimes produced surprising impacts. Thus, whatever one may think of the World Bank’s “gender equality as smart economics” agenda, it has produced a slew of new data on gender and development and shifted the discourse. The challenge in moving forward with gender mainstreaming will be to harness the openings it has provided for feminist agendas.

Financing arrangements will be the second crucial issue for implementing the SDGs. In a neoliberal landscape suspicious of government such financing is seen to come from multiple sources. 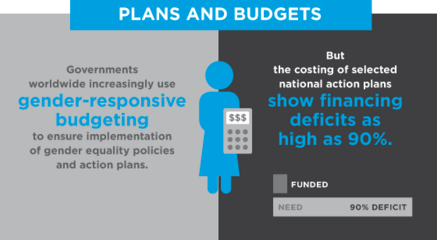 Crucial in this context is the Addis Ababa Action Plan on Transformative Financing for Gender Equality and Women’s Empowerment, drafted by a group of countries together with the OECD and UN Women. It repeats the well-worn appeal to partnerships, but also puts forward some radical new ideas. Importantly, it brings into view macroeconomic policies, including budget, fiscal and trade policies, suggesting that if these were less gender blind they actually would generate pay-offs for women. Imagine investments in care infrastructures, transaction taxes on financial speculation, or regular gender impact assessments with trade deals. Or imagine serious efforts at gender budgeting and governments actually funding the national action plans they commit to!

c) Accountability: The Role of Civil Society and Research

Finally there is the issue of accountability: With all these promises around and with multiple partners involved, how will they be held to account?

The High Level Political Forum tasked to conduct reviews on the progress of the Agenda will meet this summer for its first review. Nineteen governments already have signed up for scrutiny, offering opportunity to civil society and others to probe how seriously they take gender equality.

Much faith also is put in generating better data in the hope of capturing structural inequalities and thus measuring the hoped-for decline of patriarchy. But the power of data can go either way. Think for example of the concept of “the household” – largely a statistical category – that has long served to hide women’s differential wealth and wellbeing behind an imagined harmonious aggregate grouping constructed by statistics.

But there may be gains from getting good international measures of violence against women, child marriage, unpaid care work, and the many other issues important to women that government statistical offices have ignored. In this context, we should welcome the emphasis in the Agenda on systematically disaggregating new indicators by gender, income, age, and other relevant status categories. This could begin to counteract the tendency to paint women as a unitary category (often victims) without intersecting identities.

The SDGs clearly provide an opportunity for feminist activism, complementing existing international commitments such as the Beijing Platform for Action, the Convention on the Elimination of All Forms of Discrimination against Women (CEDAW), and the Women, Peace and Security agenda. It has the potential of reinvigorating the push for gender equality and of bringing into focus urgent topics that have long been marginalised. 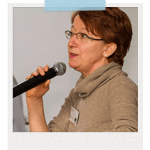 Prügl’s research focuses on gender politics in international relations and global governance. Author of Transforming Masculine Rule: Agriculture and Rural Development in the European Union, her research deals with gender expertise in international organisations, agrarian change and gender, conflict prevention and gender, and the neoliberalisation of feminist movement ideas.

Join our upcoming webinar Towards the goal of social justice: Women’s empowerment and sustainable development (CSW 60).

The webinar will focus on how human rights and security politics can shift the current economic paradigm towards the goal of social justice. Register here.