Fingers Crossed for the Women!

Fingers Crossed for the Women!

We at WILPF are very excited about this coming Friday – and not just because it’s nearly the weekend!

Friday is the day that the Nobel Peace Prize is going to be announced! We’re crossing all our fingers and toes in the hopes that this year a woman will be recognised for her contributions to the peace effort. 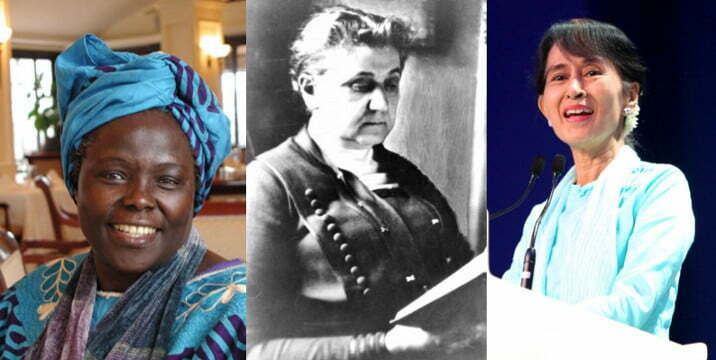 The Nobel Peace Prize is especially dear to our hearts since not one but two of our WILPF founders have received it in the past!

In 1931, WILPF President Jane Addams became the first American woman to be awarded the prize. Not long after, in 1946, WILPF’s first International Secretary Emily Greene Balch was presented with the award.

Although 92 Nobel Peace Prizes have been given out since the award was established, only 15 of these have gone to women – a number that certainly doesn’t reflect the hard work of women worldwide in the struggle for peace.

Let’s hope that tomorrow will contribute a little more to bridging the hugely unequal gap between the efforts of women and the international recognition they deserve.