The United States is present in 145 countries with about 1000 military bases. Having foreign military bases, and being allies to these forces comes at a dear cost for the civilians. Yet no one is held accountable.

The first International Conference Against US/NATO Military Bases wanted to build a global movement to challenge this architecture of war. On 16–18 November 2018, some 300 peace activists representing over 35 countries around the world gathered at the Liberty Hall in Dublin, Ireland.  42 speakers representing countries from all continents made presentations at this historic conference.

A historic step towards a safe, peaceful and sustainable world

What brought everyone together was the agreement with the principles outlined in the Global Unity Statement, which was endorsed by the Conference Participants. The statement’s goal is to raise public awareness and organise non-violent mass resistance throughout the world against all US, NATO and EU military bases, and their military missions around the world.
Please read the entire statement and consider signing the “Global Unity Statement”.

The statement and this conference were the results of the first organised effort by the newly formed Global Campaign Against US/NATO Military Bases, created by over 35 peace, justice, and environmental organisations and endorsed by over 700 other organisations and activists from around the world.

The full Press Communiqué makes clear the importance of this first historic step toward creating a vital global peace movement respectful of local and national efforts to create a safe, peaceful, and sustainable world, free of the threat of nuclear war.

WILPF at the conference

WILPF members from Chad, Kenya, Italy, Norway, Scotland, and the United States attended the conference. Thanks to a generous donor Anne Atambo, founder and president of WILPF Kenya, was a panellist on the Africa/AFRICOM panel. Her presentation helped the conference participants to better understand the issue of militarism from the perspective of the African continent.

“We the civilians are subjected to undue trauma and terror, for fighting battles that are not even ours to start with”, said Anne Atambo, WILPF Kenya President. 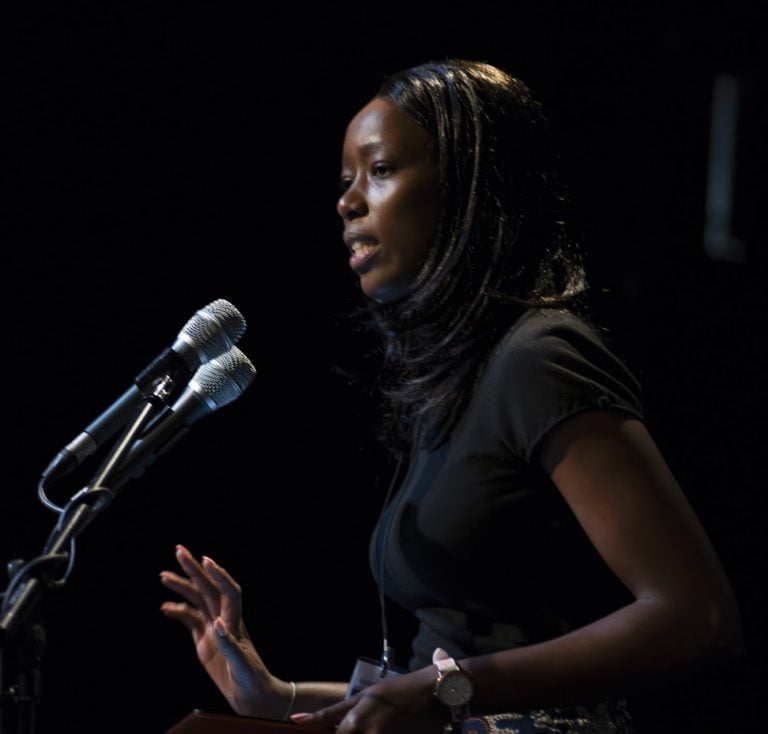 “We the civilians are subjected to undue trauma and terror, for fighting battles that are not even ours to start with”, said Anne Atambo, WILPF Kenya President. Photo Credits: Ellen Davidson

Other inspiring speakers included Mairead Maguire, Nobel Prize winner; Dr. Aleida Guevara, Member of the Cuban National Assembly and daughter of Che Guevara; Clare Daly TD,  a member of Dail Eireann, the National Parliament of Ireland; and many others.

Mairead Maguire reminded us that peace is possible and urgent, but we need to believe in the strength of dialogue and the promotion of a culture for peace and non-violence. Others highlighted the dangers of the environmental impacts of military bases, explaining that these bases, besides being instruments of wars, also represent a constant threat to territorial security and populations’ health.

In addition to the conference, several side events were organised including a rally and a protest at Shannon Airport, where US military flights, often for renditions, violate Irish Neutrality. Photographer Ellen Davidson has been covering the entire conference and is sharing her pictures on her website.

Mobilise in 2019 and join the global peace movement

WILPF members will mobilise on two dates in 2019 to raise awareness about the Global Unity Campaign.