Paying the Price: What nuclear bombs are actually costing our planet

In 1945, the United States detonated two nuclear weapons over the Japanese cities of Hiroshima (6 August) and Nagasaki (9 August). By the end of 1945, the bombing had killed around 140,000 people in Hiroshima, and another 74,000 in Nagasaki. Many of these people died immediately, and those who survived faced terrible side effects from the radiation. However, the human and environmental costs have persisted for generations – as have the costs of nuclear weapon testing and production around the world. This is why it is important to bring attention to both past and present environmental effects of nuclear bombs and nuclear energy through our four day action campaign, Paying the Price: What nuclear bombs are actually costing our planet.

WILPF Sections around the world are doing what they can to end the threat of nuclear weapons. From 6 to 9 August, WILPF will be campaigning to highlight the environmental impact of nuclear weapon development, production, testing and use, as well as the activities of WILPF Sections commemorating the victims. We will uphold the Treaty on the Prohibition of Nuclear Weapons as a crucial tool for nuclear abolition.

On the occasion of this campaign, and with a purpose to make our voices even more impactful, we have created a toolkit. Facilitating access to our content and the promotion of our campaign will ensure a better success and will allow our concerns and demands to be better heard.

Together we have the power to raise our voices and create a viral movement for the ban on nuclear weapons. Human, financial, social and environmental damage… this issue is far too urgent and important to be ignored. Join us! 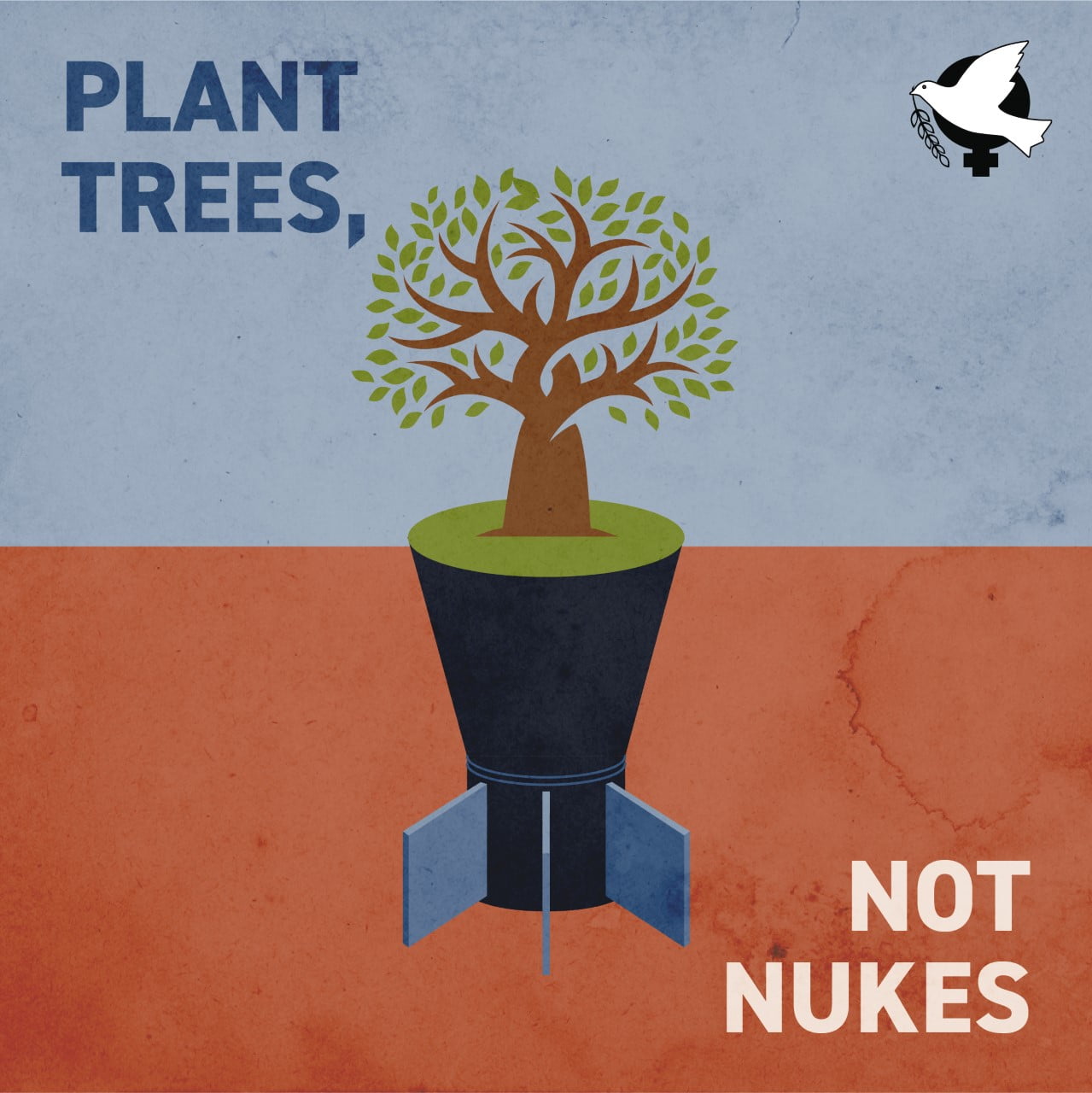 How you can participate

As an individual, you can share the social media designs and promote the initiative on social media networks. We recommend using our hashtags for a more cohesive campaign – #PayingThePrice #NuclearBan #HiroshimaNagasaki #FeministPeace

Together with our sisters in WILPF Japan, we have developed three different versions of opinion editorials (op-eds) that you can adapt to your specific country context and pitch to one or several national media. 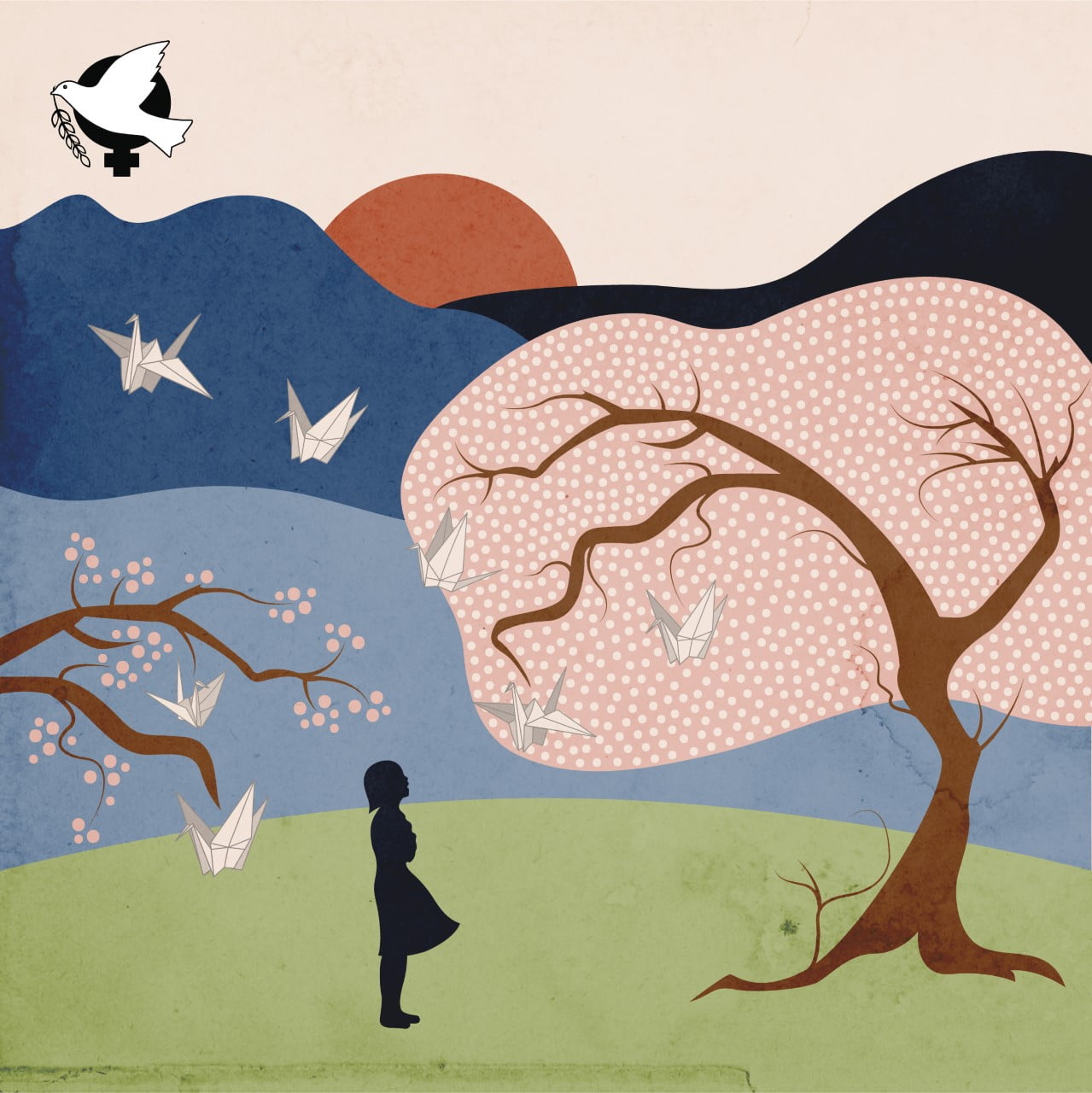 For the visuals this year, we wanted to exude messages of hope, the environment and time. We were heavily inspired by Japanese culture, such as the paper crane, cherry blossom tree, and Mount Fuji. All of our images have a clear tie to the environment, to highlight this year’s central theme. Paper cranes symbolise wishes and good fortune in Japan.

Mountains and trees can be seen as representing resilience, growth, and evolution. The little girl in the principal image was meant to symbolise hope for a better future. This is what the world could look like if we prioritised lives and our planet over nuclear weapons.

Learn more about the environmental impact of nuclear weapons

Discover our resources to take part in the campaign