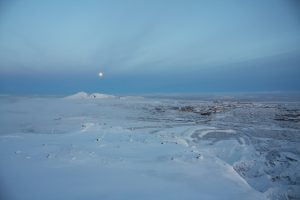 In late June 2013, Kirsti Kolthoff, a WILPF member and the convener of the Sub-Committee on Fundraising, traveled to Kiruna in the northern part of Sweden to participate in the High North and International Security Conference.

WILPF International is a member of the Global Network which organized the conference, along with Sweden’s Women for Peace Kiruna group. In this article Kirsti shares some highlights and reflections from the conference. 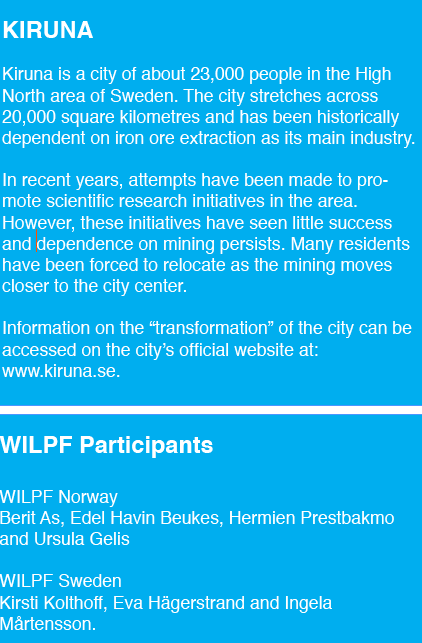 On June 27th, I traveled to Kiruna along with other WILPF members to participate in an important conference organised by the Global Network Against Weapons & Nuclear Power in Space to learn more about about how the North Arctic region is linked to militarisation and to raise awareness so that those effected by this militarisation can be heard.

We traveled there to visit the Esrange Space Center just outside the city, where images from satellites in polar orbits are downloaded and used for both civilian and military purposes linked to the North European Airspace Test Range (NEAT).

Effects of Global Militarisation on the Sami People

At Esrange, we wanted to learn more about how the Center’s work is linked to drone testing and yearly military exercises in the region.

A public relations team representing the Swedish Space Corporation initially told us that only civilian-use satellite imagery is downloaded at the Center, but after many knowledgeable people in our group objected they reluctantly admitted that satellite imagery is in fact provided to US and NATO military operations.

The tests and exercises take place in largely uninhabited areas, but overlap with the Udtja Nature Preservation in Sweden, some 16,000 sq km, effecting three Sami villages. The Sami are an indigenous population in the region who live in areas stretching across the borders of Norway, Finland and Sweden.

We heard from a witness, Lilian Mikaelsson, who grew up in a reindeer herding family in the Forrest Sami tradition. She spoke to us about the militarisation of Sami territory and described how the Sami people have had to abandon their ancestral land. While NEAT is good business for Sweden, it has been extremely harmful to the Sami people and conflicts with Article 30 of the UN Declaration on the Rights of Indigenous Peoples, which states:

“Military activities shall not take place in the lands or territories of indigenous peoples, unless justified by a relevant public interest or otherwise freely agreed with or requested by the indigenous peoples concerned.” 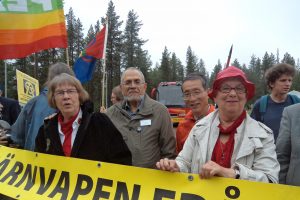 Invisible global militarisation stretches across the borders of all countries in the High North region, including Sweden, Finland and Norway.

Although Sweden is not a NATO member, in 2009 the Swedish government allowed NATO to conduct a large-scale training exercise using the NEAT facilities. Conference participants from Finland pointed out the large drone testing areas established in their country.

Norwegian journalist Bard Wormdal, author of ”The Satellite War,” also called attention to Norway’s involvement noting that Norway, which has downlink satellite stations at both north and south polar locations, is violating the Svalbard and Antarctic Treaties by providing the US with imagery that is used for military actions. The Treaties strictly forbid military operations of any kind from happening at these points. The Norwegian government denies Wormdal’s claim, although his book provides conclusive evidence of the violations.

Conclusions from the Conference – What to do next?

Participants at the conference accepted a statement. Some key conclusions and recommendations include encouraging NGOs to draft international anti-drone agreements, to increase public awareness of the links between climate change and expanding militarism, and to designate the Arctic region as an International Nature Park to prevent further militarization of the area.

Additionally, the Global Network will pursue the idea of creating a documentary film that shows the dangers of expanding ”missile defence.”

The Global Network also produced a report with more details about the conference.

If you are interested in learning more, this paper documents a meeting at the United Nations Institute for Disarmament Research (UNIDIR).

Peace Activist Interrogated After the Conference