Is Women's Rights a “Mini Subject&amp;quot;? the Case of Women in Yemen

Is Women's Rights a “Mini Subject&amp;quot;? the Case of Women in Yemen

Before watching a film and writing about it, I like searching the web to get an idea of it. The screening of The Scream about Yemeni female demonstrators, as part of the Festival de Films de Femmes in Geneva, was no exception: I made some research, got really excited about what looked like an extraordinary documentary, went to de film festival… and got puzzled! The venue was small, the festival was small, the audience was small.

The seeming lack of interest about the screening surprised me a lot, considering the good quality of the documentary by the first Yemeni female filmmaker, Khadidja Al Salami, and the passion and commitment of the festival organisers.

What a pity only few dozens people attended the screening: the film is an excellent portrait of women’s rights and participation in the Arab uprisings.

Is women’s empowerment a “mini subject”?

It seemed that the entire Festival de Films de Femmes passed almost unnoticed, at least, compared to the International Film Festival and Forum on Human Rights that WILPF recently attended. Again, what a pity, for the festival was an excellent occasion to watch clever films and to learn more about women’s status worldwide.

“A mini festival on women. A mini subject?” provocatively asked Swiss reporter, writer and festival organiser Ms. Deonna in the introduction to the film. Of course not. And her exceptional life, as well as the life of the incredible women interviewed in the documentary, including the Nobel Peace Prize laureate Tawakkul Karman, is evidence to the opposite. But the almost entirely female audience attending the screening demonstrated that still much needs to be done to give women’s rights the visibility they deserve and to make them a top priority.

A double fight against the regime and the entire society

Much has been said about the Arab uprisings, but what about women’s participation? The Scream is particularly interesting not only because it deals with one of the less known (and spoken about) Arab revolutions, but also because it focuses on Yemeni women’s double fight against “the government but also against all of Yemeni society, including their husbands and fathers.”

Director Khadidja Al Salami walked among protesters camped in Change Square in Sanaa armed with her camera to capture ordinary people’s feelings on women’s role in the fight for “equal rights”. But, are we talking here about men or women’s “equal rights”?

A blurry interpretation of “equal rights”

Most male interviewees seemed to agree on the importance of equal rights as an abstract concept, but when asked about practical examples, their convictions begun to waver. A middle-aged man explained that to him equal rights mean 80% men in the Government and 20% women. That is quite symptomatic of the oppression of women by men in Yemen due to religious, tribal and traditional factors.

The director was positively surprised by the fact that during the demonstrations men and women had the opportunity to pray together, especially in a society that tends to “hide” women behind anonymity (women are not allowed to tell their name) and a full face niqab. But the film also denounces the psychological and physical violence suffered by some women participating in the protests alongside men.

The Scream shows that some female demonstrators were beaten and harassed by so-called revolutionaries and asks the important question: “how can a man be rebelling against a regime while oppressing his (female) partner?” 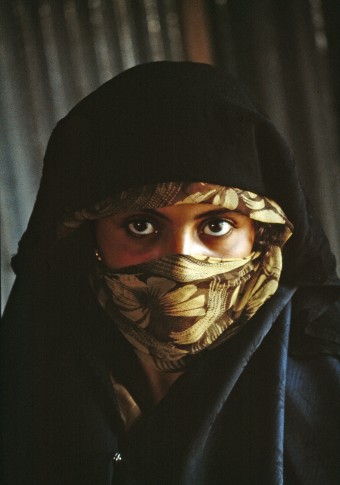 Khadidja Al Salami insists that Yemeni women suffer from centuries of “unconscious damages” due to subjugation and explores the causes of “man’s fear” of the power of women. She also provides a shocking data explaining the male-dominated society: as many as 70% of women are illiterate!

In such a society, where women do not enjoy the same freedoms as men, it is simply exceptional that some of them decided to rise up and make their voice heard. Or, at least, that’s what they tried to do. For when Khadidja Al Salami went back to Change Square, few months ago, she discovered that among thousands of man carrying on the protest, only a handful women where left in the sit-in camps and that a wall had been built to isolate them.

Giving voice to women from the MENA region

Despite the long struggle ahead for Yemeni women’s empowerment, The Scream offers a glimmer of hope for women from the MENA region, where WILPF is actively engaged with its MENA Agenda 1325 project.

The example of the tree brave women followed by Khadidja Al Salami during the uprising  (a human rights activist, a poet and a journalist) and of Tawakkul Karman, a committed woman who won the Nobel Peace Prize in 2011 for her major role during the Yemeni Revolution, can be an inspiration for us all.

It is about time to give the right importance to the role of women from the MENA region who, as The Scream shows, “screamed out their suffering”, and it is about time to promote cultural events on women’s empowerment, like the Festival de Films de Femmes, throughout the world. If we do not do so, we are all losing out.

If you are interested in the status of women in the MENA region, then check out our brand new website mena1325.org and subscribe to our MENA newsletter.