Update from the Human Rights Council: Let’s Demand a Strong Resolution on the Elimination of Sexual Violence

Update from the Human Rights Council: Let’s Demand a Strong Resolution on the Elimination of Sexual Violence

Canada, following its 3-year thematic approach, has turned its focus to Sexual Violence and has made a proposal for a Resolution on Preventing and Responding to rape and other forms of Sexual Violence.

WILPF is closely monitoring the hard negotiations for this text and advocating for the highest standard and most holistic approach to be defended, especially in the participative and preventive approach to eliminate sexual violence.

The draft resolution was tabled yesterday by Canada and, although the negotiations have been difficult on some issues, we call for further improvements below. For this reason, we call on all members of the HRC to work on improving this text and to co-sponsor and vote for this resolution.

Among the most important elements of the document are that the preventive and participative approach is used, recognizing the importance of the participation of women in the decision-making process and its direct correlation to the prevention of sexual violence.  In this sense, the mentioning of relevant Security Council Resolutions such as 1325, 1820 or 1888 are very welcome, although a more central role was unfortunately lost during negotiations.

The text also addresses root causes, such as harmful attitudes and customs, stereotypes and unequal power relations as well as other important negative factors such as economic dependence of women. 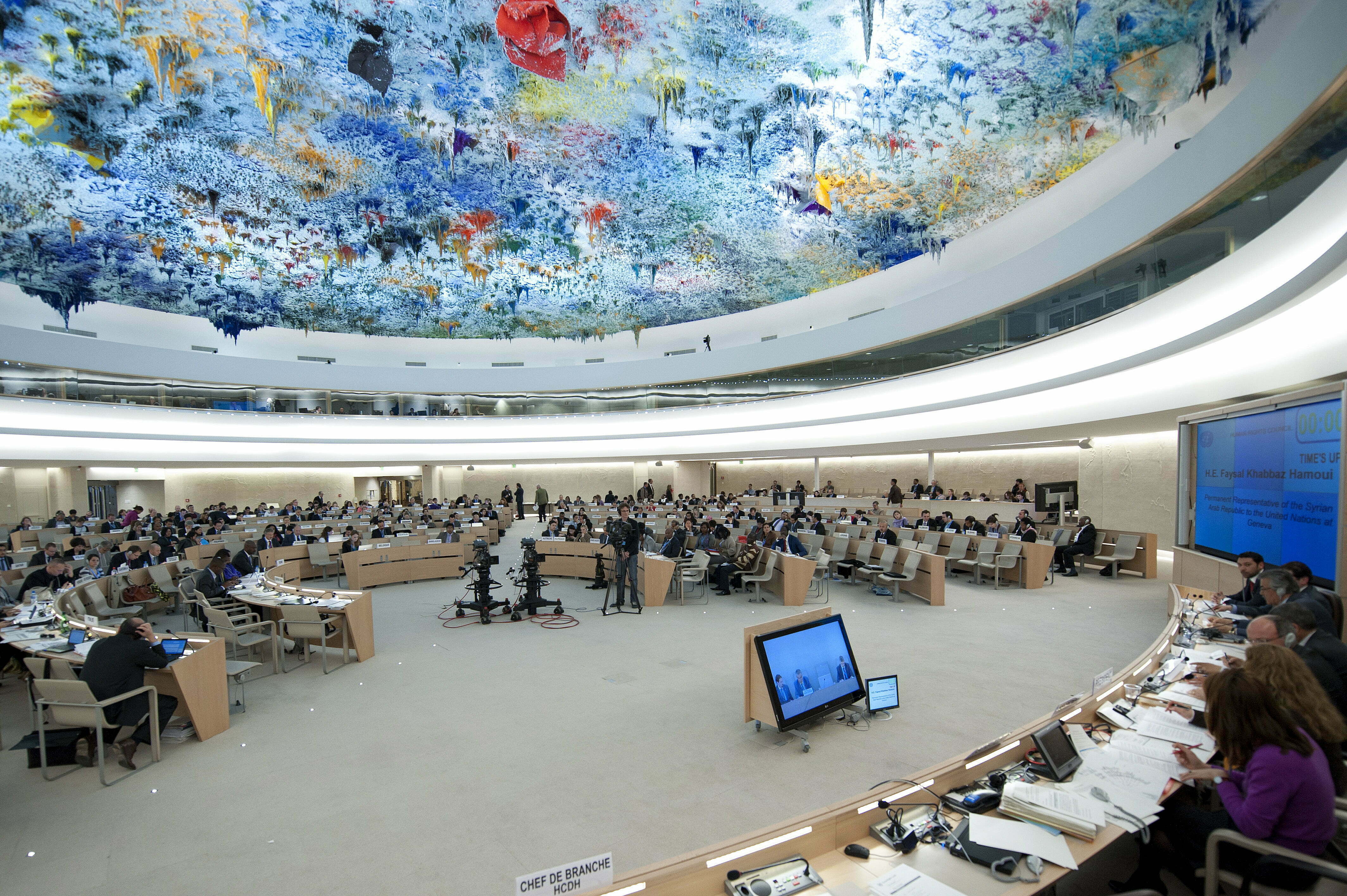 There are references to both manifestations of sexual violence in the public sphere (for ethnic cleansing, for the repression of human rights defenders, in prisons, as a form of torture) as well as in the private sphere (forced marriage and marital rape). Early marriage as we know directly leads to sexual violence, among many other human rights violations, but unfortunately it is mentioned in the current text only in the preamble and not in the operating paragraphs. This should be corrected.

Furthermore, access to justice is given a central role as it is a form of, not only redress for survivors but also a form of prevention through ending impunity. A detailed list of harmful provisions in law that need to be repealed include those that require corroboration of testimony; enable perpetrators of rape to escape prosecution and punishment by marrying their victim; and that subject the victims of sexual violence to prosecution for moral crimes or defamation. Although this exhaustive list has found opposition from the OIC during negotiations, it is essential that it is kept as difficulties in accessing justice is a common denominator worldwide in this matter.

The text reflects the multidimensional range of security and safety measures that can be used such as awareness-raising, involvement of local communities, public transportation, sanitation facilities, street lighting, etc.

In terms of the assistance provided to victims of sexual violence, physical, mental, sexual and reproductive health consequences must be addressed. However, more detailed listing such as emergency contraception and safe abortion or references to long term consequences are missing from the text. This detailed list should also be included as suggested by some members.

In terms of further improvements to the text, we call on the re-inclusion of a reference to SCR1325 and early warning indicators in current paragraph 18 as part of a preventive and participative approach to conflict.

Also, deeper mentioning of the positive impact of women’s participation in preventing sexual violence and a more detailed explanation of the responses to be given to social root causes (patriarchy, stereotypes and unequal power relations) should be included. In this sense, the impact of militarization in the spreading of sexual violence and the need to provide an alternative positive concept of masculinity for men and boys are also missing from the text and should be included.

We call on all members of the HRC to co-sponsor it with the above recommended improvements and vote positively for this resolution. Join us in this call by sharing this blog!