Outcomes of the Universal Periodic Review

Outcomes of the Universal Periodic Review

During its 22nd session, the Human Rights Council considered the recommendations of the Universal Periodic Review (UPR) to several countries, such as Argentina, Switzerland, Pakistan, Sri Lanka and Japan, where WILPF has sections. WILPF was there to monitor these sessions, and here are a few important points of what was said.

This session of the Human Rights Council is the opportunity for countries under review to respond to the questions and recommendations issued by other States, and also to accept or reject recommendations or even make voluntary commitments or pledges.

The few major problems regarding the human rights situation in Argentina were the following:

Indigenous communities often endure attacks and threats for struggling for their ancestral territories. They are also discriminated against in their daily life regarding land, education, citizenship and so on.

Stakeholders also expressed concern on environmental issues, in particular deforestation and use of pesticide, which deeply affect the living conditions of indigenous communities.

Concerns about the high maternal mortality rate, women’s sexual rights (right to abortion in particular) and sexual violence against women were also mentioned.

Out of the 140 recommendations made to Switzerland, 99 have been accepted and 41 rejected. See the addendum for more details.

Rejected recommendations concerned the adoption of an additional anti-discrimination law, the separation of minors and adults in preventive detention, family reunification and accommodation of asylum seekers.

The main problems raised were the following:

Stakeholders raised the issues, inter alia, of the low rate of migrants’ naturalization, the lack of equality in education for foreign children, human trafficking and the absence of definition of torture in the criminal code.

Out of the 174 recommendations made to Japan during its UPR session, 148 have been either partially or totally accepted while 26 were rejected. Four of these concerned the issue of comfort women, while ten rejections concerned the abolition of the death penalty. See the addendum for more details.

The adoption of Japan’s UPR reports has been all about the issue of ‘comfort women’ for WILPF, as our Japanese Section feels very strongly about speaking out on this. 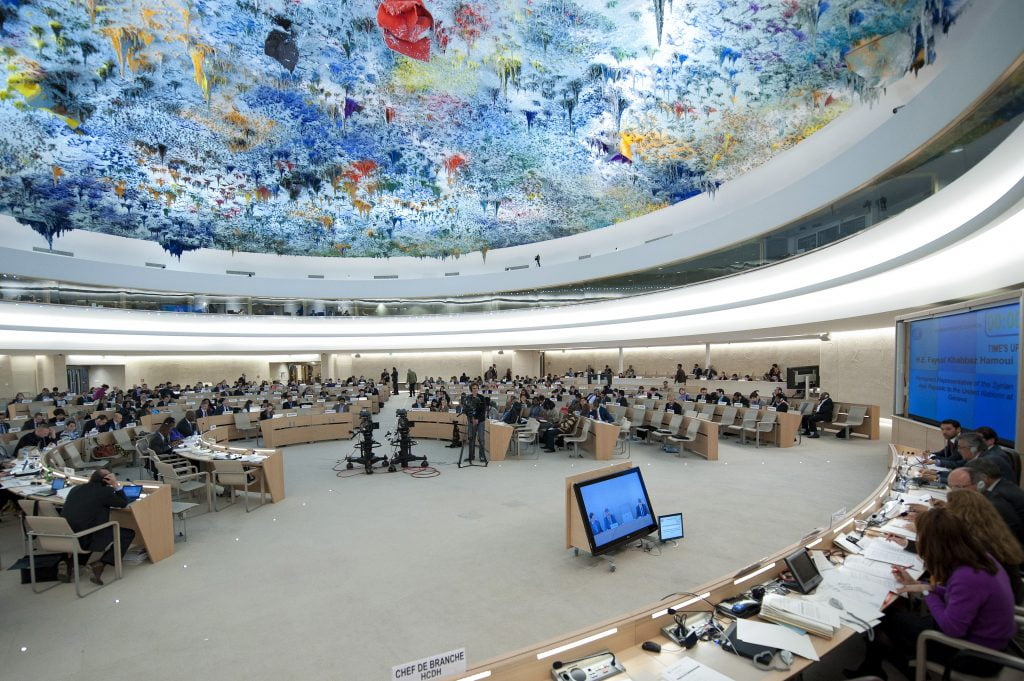 After we published an earlier statement during Japan’s UPR session and some intense lobbying by the Foundation of Japanese Honorary Debts, four official recommendations were made to Japan on ‘comfort women’ by the Netherlands, the Republic of Korea, China and Belarus. However, at this recent adoption of the UPR report, Japan has officially rejected all four these recommendations calling for accountability, citing this issue should not be politicized or ‘turned into a diplomatic issue’. Accordingly, the disapproval of this rejection was marked strongly multiple times during the session by the Republic of Korea, China, the Philippines, Amnesty International and of course WILPF, in partnership with the Women’s Active Museum on War and Peace.

Together with them and other NGO’s, we are determined to address this issue every chance we get until it becomes clear to the Japanese government this issue is not just going to go away. Read our latest statement presented at this Council session here.

Out of the 204 recommendations received, Sri Lanka accepted a total of 113, not supported 91 and undertook 19 voluntary commitments. See the addendum here for the details.

The Sri Lankan adoption of the UPR report drew a lot of attention during this session, as the Sri Lankan delegation has unfortunately been making headlines throughout the entire Human Rights Council session for its aggressive attitude towards human rights defenders. The main issue is ending impunity, organizing prosecutions and establishing the truth for the major human rights abuses perpetrated in 2009, when the Tamil rebellion was struck down by the Sri Lankan government, and thousands of civilians lost their lives. Almost all rejected recommendations concerned this issue, with the government of Sri Lanka calling attention to the lack of concern for the human rights abuses committed by the Tamil groups. The fact the UPR is a review of the government’s actions and policies by its nature therefore seemed to have eluded them.

A Human Rights Council Resolution is to be adopted at the end of this session on the promotion of reconciliation and accountability in Sri Lanka, and is currently being fiercely negotiated by States, some of whom wish to undermine this process in its entirety.

Earlier during the session, Human Rights Watch also screened the film ‘No fire zone’ at the Council, to which the Sri Lankan delegation protested heavily and even lodged a formal complaint. The film demonstrated the widespread human rights abuses perpetrated in Sri Lanka and highlighted the lack of accountability for these crimes from the Sri Lankan government.

Read our blog on this film here, or get informed and watch Channel 4‘s documentary ‘Sri Lanka’s Killing Fields’ here.

During the Pakistani UPR session, we hosted a side-event discussing the strengths and weaknesses of the 165 recommendations made (of which 7 were rejected), specifically focusing on their impact on women. For example, we discussed that while the positive development of Pakistan’s new law against acid crimes was welcomed during the UPR, it was not mentioned this law was only applicable in Islamabad and does not go into prevention and victim protection at all.

Find the addendum to the UPR report here, so you can see for yourself how Pakistan has chosen to deal with its recommendations.

WHAT TO DO NEXT?

The UPR recommendations are a great tool for advocacy, they can be found on the UPR webpage.

It is up to the Member State now to implement them, with the constant monitoring of civil society. In assessments in the pass, it has been found that even recommendations not accepted are at times implemented, so feel free to use all recommendations issued by the Human Rights Council in your advocacy; of course those accepted will be an easier argument.

In four years, it will be time to assess the implementation of the recommendations and civil society will have a central role, especially if they have been able to monitor implementation during this time!