On 24-25 August, WILPF attended the yearly conference on space security organised by the United Nations Institute for Disarmament Research (UNIDIR). The title selected for this year’s event was ‘Underpinning Foundations of Space Security.’ Throughout the various panels of the conference the international efforts on achieving some common understanding and taking concerted actions on space security, and the related challenges, were discussed. This article presents an overview of the main themes and problems tackled during the event. 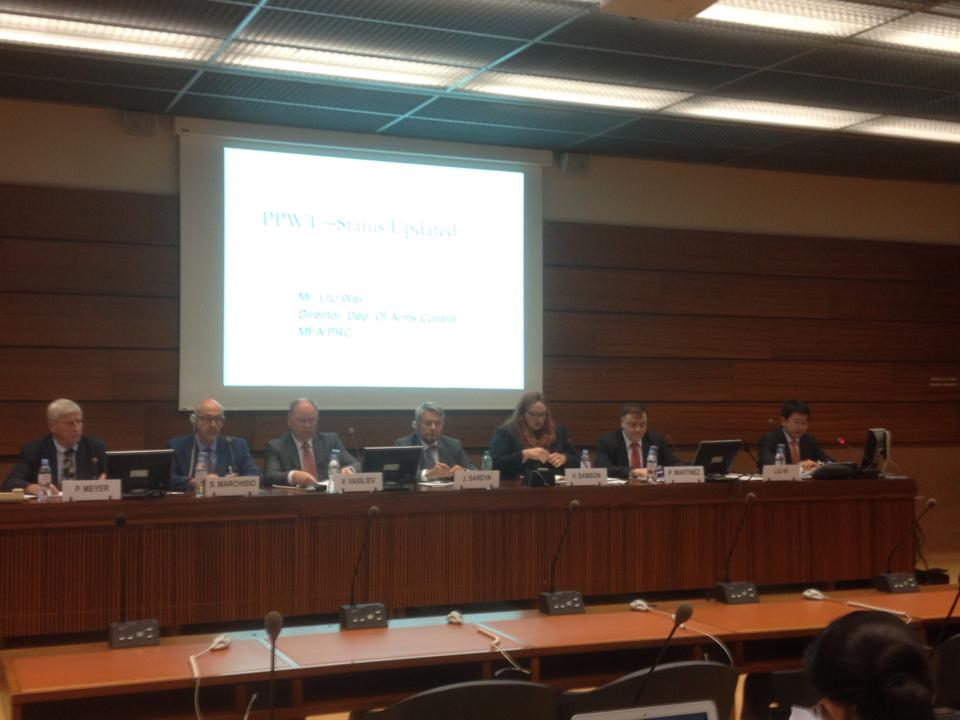 The Risks in Outer Space: Closer Than We Think

As Mr Jarmo Sareva, Director of UNIDIR, reminded us—given everyone’s increasing dependence on the space domain—any disruptions in the space realm can have very terrestrial consequences. In the last decades space has become an increasingly congested environment. With the increasing number of both military and civilian actors in outer space, Ambassador Venkatesh Varma, Permanent Representative of the Permanent Mission of India to the Conference on Disarmament, pointed at the fact that we are currently facing the risk of not having enough legal instruments regulating space. As it is notorious, in fact, the process of instituting legal instruments regulating outer space has slowed down considerably. In other words, there is an increasingly risky mismatch between the increasing number of activities led in outer space and the legislation regulating them.

The Outer Space Treaty (OST), the most important treaty in providing regulations on the activities in outer space, dates back to 1967. As far as weaponisation of outer space is concerned, the OST in its article IV prohibits to ‘‘place in orbit […] objects carrying nuclear weapons or any kinds of weapons of mass destruction.’’ However, as Mr Alexander Deyneko, Deputy Permanent Representative of the Permanent Mission of the Russian Federation in Geneva noted, the OST left many gaps to be filled and the risk for an increasing highly militarised arena is a real and growing one.

The most notable current efforts of the international community in tackling this serious issue include the creation of the Russia and China sponsored Treaty on the Prevention of Placement of Weapons in Outer Space and of the Threat or Use of Force Against Outer Space Objects (PPWT) and of an International Code of Conduct for Outer Space Activities (ICOC) proposed by the European Union (EU). Some complications inherent to these documents include the desire of many states to bring the talks on the ICOC under the mandate of the UN, as well as the criticisms that the PPWT does not include a verification mechanism, which might have negative consequences on its effectiveness. Moreover, China’s insistence on bringing the discussion related to PPWT under the aegis of the Conference on Disarmament (CD) might have counterproductive results given the lack of effective action of the conference in the last decade.

A Common Understanding of Outer Space?

What resulted as most evident from the various panels at the conference is that a clear understanding of some crucial issues related to space security is still missing.

To begin with, there is a lack of consensus in the international community on whether it is necessary to provide a clear definition of what constitutes a weapon in space. For example, there is a lack of definition of what constitutes a weapon in the PPWT, even though Ambassador FU Cong, Deputy Permanent Representative (Disarmament) at the Permanent Mission of the People’s Republic of China to the United Nations in Geneva, conceded that it could be included in case that the international community finds a common understanding of it. However, this seems a very unlikely possibility for, as Ambassador (Retired) Paul Meyer, Senior Fellow in Space Security and Nuclear Disarmament, The Simons Foundation, pointed out, we have been witnessing a ‘stagnant diplomacy’ concerning security issues.

We should not also underestimate the fact that there is a lack of agreement on the so called ‘right to self-defence’, enshrined in article 51 of the UN Charter, applied to outer space. For example, the PPWT does not hinder the right of self-defence of countries. However, it could be questioned how this would be applied to outer space and what would constitute as an attack worth of responding, when consensus on the right of self-defence on earth is still debated.

A Galaxy of Challenges

What Do You Think of Security In Outer Space?