Racial Discrimination in New Zealand: Māori at the Heart of the Debate

Racial Discrimination in New Zealand: Māori at the Heart of the Debate

Owing to its multicultural past and the mix of different populations who migrated from all the corners of the planet, New Zealand might be one of the most tolerant countries of the world; in spite of this, Māori and Pasifika people have continuously been suffering from structural racial discrimination, mainly in education, justice and work.

Māori people were therefore the main issue of the review of New Zealand at the Committee on the Elimination of Racial Discrimination (CERD), for which WILPF’s section in New Zealand has worked on a report, jointly with other local NGOs.

A vicious circle of discrimination against indigenous people

The lack of education is the starting point of a vicious circle that then leads to a higher rate of unemployment and poverty, to diverse social problems such as alcoholism and the use of drugs and to an overrepresentation of Māori in jails.

The recent economic crisis affected all regions of the world, including New Zealand, where indigenous people were particularly impacted by unemployment. Māori, especially young Māori, are disproportionately represented among the unemployed population.

The economic downturn also contributes to the palpable social tensions among New Zealander society. Asian and indigenous people have endured racial discrimination, particularly in their access to employment. 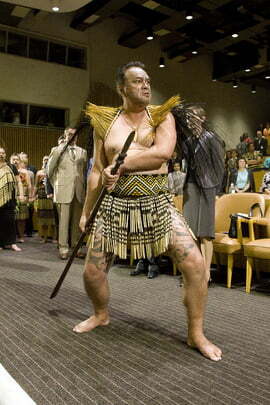 Yet, the State party argued that migrant populations continue to face difficulties to find a job, mainly because they lack relevant professional experience and sometimes don’t speak English well enough. The delegation stated that the government is trying to promote the advantages of hiring migrants and having a diverse and multicultural workforce.

Unemployment and poverty lead to social problems such as alcoholism, which has devastating effects on Māori and negative consequences on the way they are perceived by the rest of the population. Such factors contribute to reinforce racial discrimination and prejudice against Māori and Pasifika.

The issue of overrepresentation of indigenous people among the penal system is also a source of concern: though the number of Māori imprisoned has decreased, they still represent the majority of prisoners in New Zealand, not to mention they are also overrepresented among victims of crime. This can be explained by a combination of the above-mentioned factors such as lack of education, poverty, social issues and racial discrimination.

Obvious disparities and inequalities remain in the judicial system of New Zealand and these have to be addressed at every level of the criminal justice system. Access to legal services by migrants and the Māori must also be improved.

A member of the Committee pointed out the gender dimensions of racial discrimination: women are particularly impacted by such discrimination, especially in terms of employment and health. Moreover, the expert reminded those present that the Committee on the Elimination of Discrimination Against Women (CEDAW) was deeply concerned about violence against Māori women and the low level of prosecution relating to this. She therefore called upon the delegation of New Zealand to make further efforts in this domain and to detail in the next report what has been done for indigenous women.

Among others, the members of the Committee also expressed their concerns about Māori’s access to water, the lack of constitutional protection for the CERD rights, the risk of erosion of the Māori language, their lack of access to land and other resources, and the implementation of recommendations made by the Waitangi Tribunal.

What to do now?

The process of human rights reviews does not end at the review itself but is a continuous process that civil society needs to be involved in to ensure the supervision of the implementation of observations from the Committee.

The concluding observations of the Committee, which are a great tool for advocacy, are now available here.

It is the obligation of the Member State to widely share the content of these concluding observations in the local languages, and civil society should also contribute to the public awareness of the results using adapted resources that speak to everyday life situations.