Today is the end of the annual Keep Space for Peace Week, a week of raising awareness to protest and protect against the militarisation and weaponisation of outer space. WILPF is an active participant in this work, with members hosting events throughout the week, and its disarmament programme Reaching Critical Will keeps track of space issues at the United Nations.

Human development increasingly relies on the peaceful use of outer space as a resource for telecommunications, environmental imaging, weather forecasting, and more. Humanitarian aspects of these uses include types of early warning systems for disaster management, response and relief, and environmental resource management, such as food security. However, the security of outer space as a space for peace is under threat. 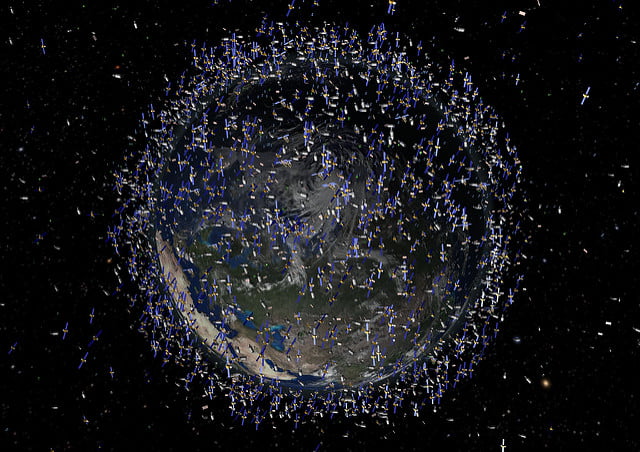 Militarisation and weaponisation constitute two separate but interlinked threats to the peaceful use of outer space. Outer space is already militarised, for example by military communications and navigation systems that rely on satellite technology. Work towards a multilateral treaty preventing an arms race in space, however, is primarily concerned with the weaponisation of outer space. Weaponisation in this context is understood to mean the placement of destructive weapons in orbit. However, there are arguments that some terrestrially-based weapons such as missile defence systems and anti-satellite weapons could and should also constitute the weaponisation of space.

The majority of states believe that outer space should be a common resource for all humanity, and state that outer space technologies should only be developed for peaceful purposes. There are a number of existing international legal instruments to this end, including numerous UN resolutions and Conference on Disarmament documents that promote transparency and confidence-building measures on the peaceful use of space.

However, recently there has not been significant progress on safeguarding against the militarisation and weaponisation of outer space. Two draft treaties, proposed by China and Russia in 2008 and 2014, were not adopted, despite widespread support from UN member states. The main obstacles to adoption have taken the form over quarrels on the definition of space weapons.

This year, Keep Space for Peace Week focused on US missile defence systems in NATO and Asia-Pacific bases. It is argued that the strategic placement of these defence systems might already constitute an arms race, however asymmetric, between the US, and Russia, and China.

The First Committee of the UN General Assembly, on disarmament and international security, is under way. Many states have already raised their voices in concern around military uses of outer space, especially in relation to the catastrophic consequences of conflict in space. WILPF’s disarmament programme, Reaching Critical Will, has published its First Committee Briefing Book for 2016, including a chapter on technological developments that constitute a threat to the peaceful use of outer space. You can follow developments on the discussions on the peaceful use of outer space via the First Committee Monitor.

Read more about WILPF’s position and the dangers of an arms race in outer space in this fact sheet by Reaching Critical Will and see the Global Network Against Weapons and Nuclear Power in Space for more details about the Week of actions.