Training on Gender Mainstreaming from a Feminist Perspective

Training on Gender Mainstreaming from a Feminist Perspective

As part of WILPF’s initiative ‘Feminist Movement for Change in Syria’, 15 participants from partner organisations were gathered physically for the first time for a training on gender mainstreaming in organisational activities and policies.

“I already had a good understanding of gender, bodily and sexual rights, but found the training excellent as it had finally provided me with the practical skills to be able to incorporate that knowledge into my work,” said a member of the Syrian Women’s Network after the training. 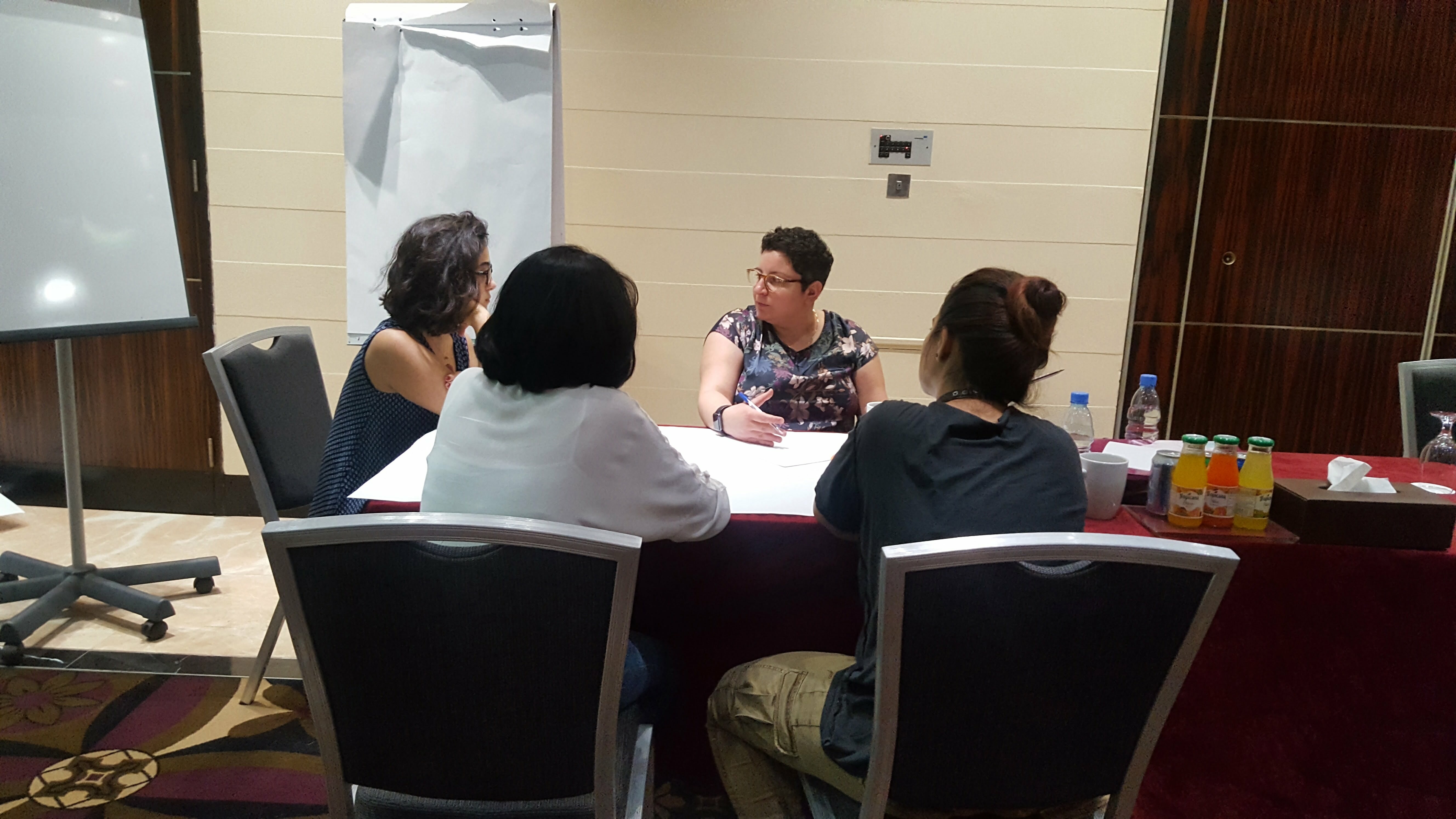 On the agenda for the three days training were topics such as the differences between gender and sex, understanding masculinities and femininities, and the external and internal factors that hinder gender mainstreaming in organisations. WILPF had teamed up with two well-known feminist experts, Dr. Nof Nasser Eddein and Dr. Nour Abu-Assab, founders and directors of the Centre for Transnational Development and Collaboration, to design the training based on the needs of the partner organisations.

WILPF is an atypical organisation when it comes to training and learning. That of WILPF is never a controlled top-down approach. Instead, following a learning paradigm that is rooted in a democratic sharing of different types of knowledge, WILPF believes that learning happens in the space of exchange between participants’ theoretical insights and real-life experiences.

The training on Gender Mainstreaming was such an occasion. Trainers, participants and WILPF project staff engaged in learning activities through sharing professional and personal experiences all the more facilitated by a safe environment where constructive criticism allowed for new ideas to emerge.

The three days were facilitated by Dr. Nof Nasser Eddein and Dr. Nour Abu-Assab, who designed the agenda in close coordination with WILPF’s project team.

The first day aimed at training the participants to differentiate between gender and sex, define gender as socially constructed performances, understand masculinities and femininities, unpack gender stereotypes, and define gender- and sex-based violence.

The last day focused on applying gender mainstreaming in the participants’ organisations, understanding gender sensitive leadership in the workplace and understanding representation and diversity in a qualitative manner.

Through exercises, the participants made strategic gender goals for their organisations, practiced how to improve gender sensitive policies, and how to mainstream gender in their projects, programmes and budgets.

Finally, the training covered gender-responsive monitoring and evaluation tools that could find implementation within the partner organisations.

Language is the key to power

It is an established idea that the way we talk about different topics shapes the way we think, and in the end 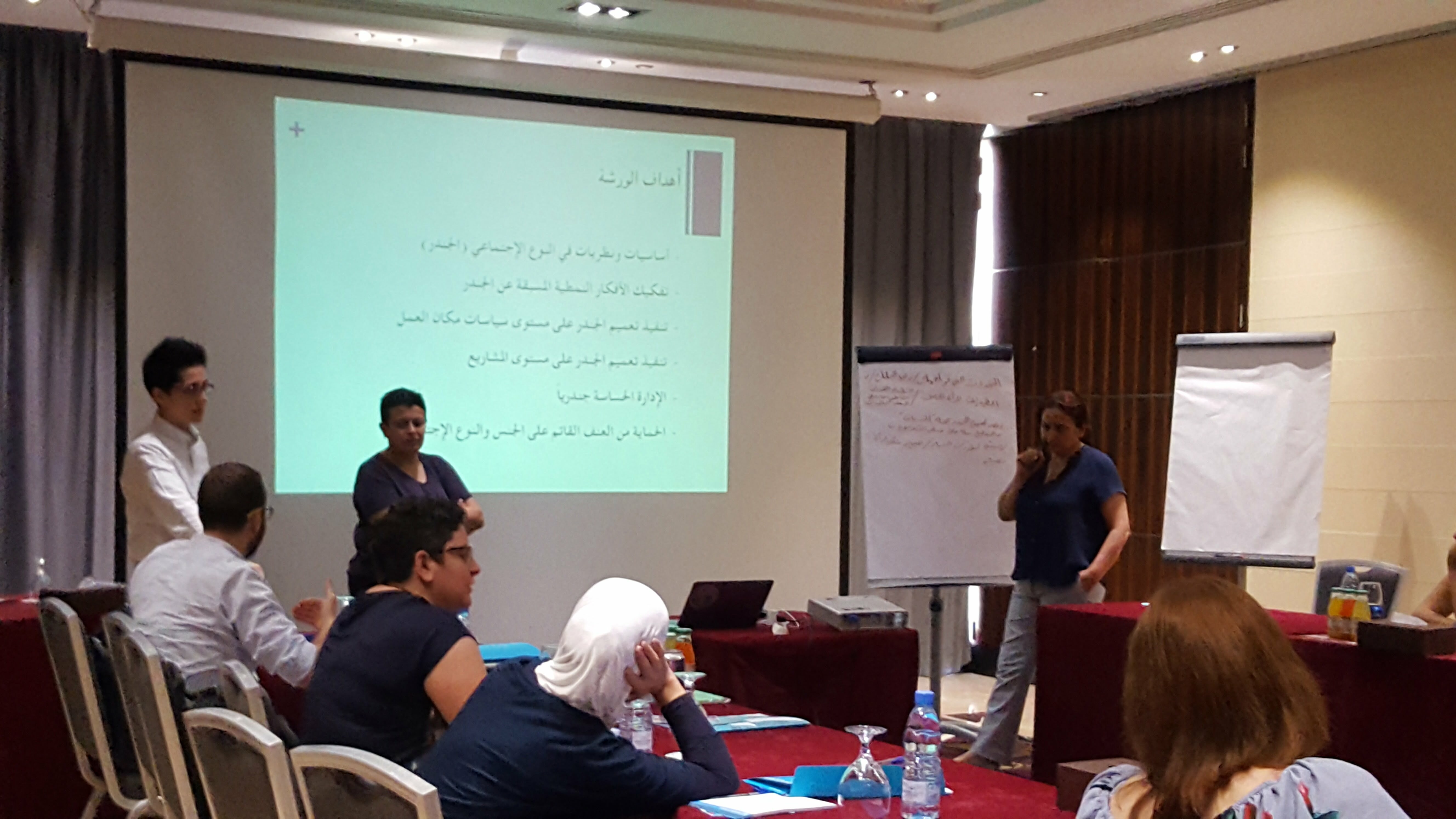 construct our reality. However, this insight is better placed in an academic setting rather than in the day-to-day practices of an organisation.

During a PESTLE (Political, Economic, Social, Technological, Legal and Environmental) analysis exercise, the participants discussed how the entire Syrian Constitution is written using solely masculine nouns. Like many other languages, Arabic words are gendered, being either masculine or feminine. With this insight as the starting point the participants realised that this also (often) applies to their own organisational policies, fundraising proposals, public campaigns, Facebook updates etc. They were actually doing what they wanted to avoid: shaping the world in a masculine direction and neglecting to challenge existing gender norms. Instead they were through their use of language reproducing inequality in the workplace.

“Our organisation has not been applying a gender lens in our work. This training has been very important in terms of gender mainstreaming, and I will now be able to integrate a gender perspective into our workplace policies and projects,” said Manal Quider, the Head of ‘Damma’, a women-led organisation with the goal of empowering women.

The three-day training was very well received by the participants. Some even insisted on continuing the exercises after the training had ended.

The training was just the starting point for the partner organisations’ upcoming work on incorporating the acquired knowledge into their internal and external policies, in the design and implementation of their projects and programmes, and in their proposals and budgets.

As a continuation to the training, over the coming months the two trainers will follow up with the participants individually in scheduled monthly sessions to answer questions, review organisational policies drafted, and provide feedback and advise the participants on how to improve and implement policies with a feminist gender perspective. 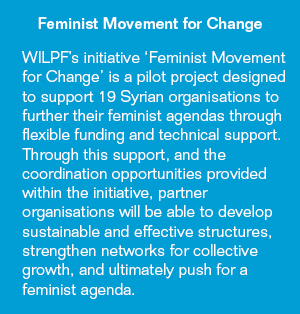 To accommodate the needs of some partner organisations who were not able to travel due to instability and travel restrictions, the training was delivered online two weeks later through three webinars held in Arabic.