Resourcing the Feminist Movement for Change

Human rights violations and gender-based discrimination in Syria date long before the 2011 revolution. They have been associated with discriminatory laws, the country’s entrenched patriarchal culture, and exclusionary politics that oppress marginalised groups or individuals.

While the 2011 uprising brought hope for change, the persistent armed violence and repressive tactics used to suppress it, and the armed conflict that followed, have had grave and disproportionate gendered impacts. Syrian women have steadily lost their security, homes, livelihoods, family members, and social status. Moreover, in a clear absence of gender justice, the country is seeing growing rates of domestic violence and sexual harassment, and the use of sexual violence as a systemic tool of war against women and human rights defenders. The crisis is further compounded by the absence of institutionalised mechanisms to ensure the protection of women and vulnerable groups, as well as very limited representation of women in Syrian institutions and media.

Within this challenging setting, WILPF is working closely with Syrian partners towards a feminist, peaceful, and just solution to the ongoing conflict. Together, we support the non-violent grassroots movement for equality, freedom, and justice, promote the inclusion and security of women peace builders and their fair portrayal in the media, and leverage feminist perspectives on peace and security. 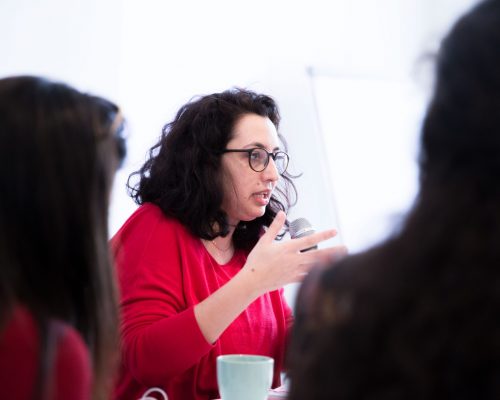 “[Syrian] women created opportunities by looking for new ways in which they could be financially independent, and by deciding to be leaders in their own communities.”

Feminist Movement for Change in Syria

Launched in 2017, the “Feminist Movement for Change in Syria” project supports the work of Syrian organisations with feminist values and agendas through three main pillars: flexible funding, tailored technical support, and strengthened coordination and networking. This approach has been designed and developed through a locally-informed participatory process and operates at the grassroots, national, regional, and international levels.

Following the successful implementation of the project between 2018 and 2021, a new cycle has been launched in 2021-2022. This year, WILPF is partnering with 24 Syrian organisations who adopt a feminist lens to their work in diverse fields from feminist journalism, to accountability, transitional justice, peacebuilding, women’s economic, social, and political participation, and more.

WILPF believes that at the heart of powerful feminist movements are strong and sustainable organisations. When organisations have the space and freedom to further their own feminist agendas, build their capacities, and coordinate and network with like-minded organisations, movements can grow, strengthen, and work more effectively towards achieving feminist peace.

Take a look at the impact WILPF is helping to create through the power of partnership in Syria. 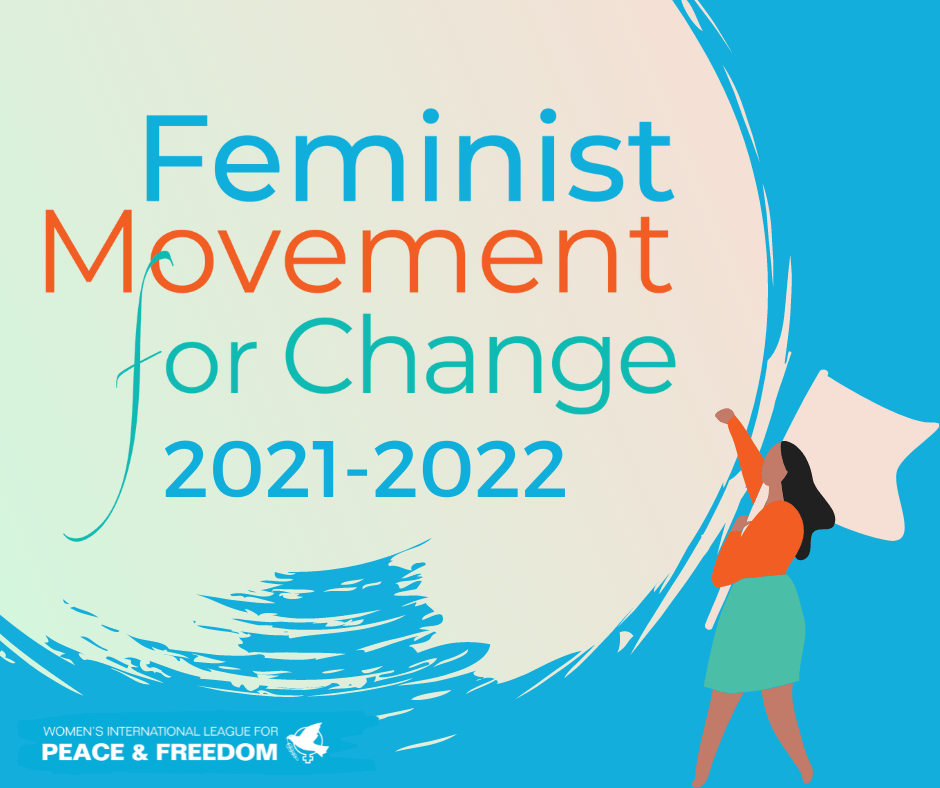 In order to ensure an active and constructive presence in the political process, challenging the militarised male-dominated top-down approach currently in place, a group of women political activists came together in October 2017 to form the Syrian Women Political Movement (SWPM), an emerging feminist political initiative demanding fair representation of women.

A year after they had met at a WILPF convening, WILPF supported SWPM founding members in funding and organising their first conference in Paris in October 2017.

In their founding document, SWPM envisioned establishing a democratic and pluralistic state and ensuring women’s participation in peace processes, and in all levels of decision-making, with a goal to create an inclusive future for Syria where human rights are protected for all its citizens. 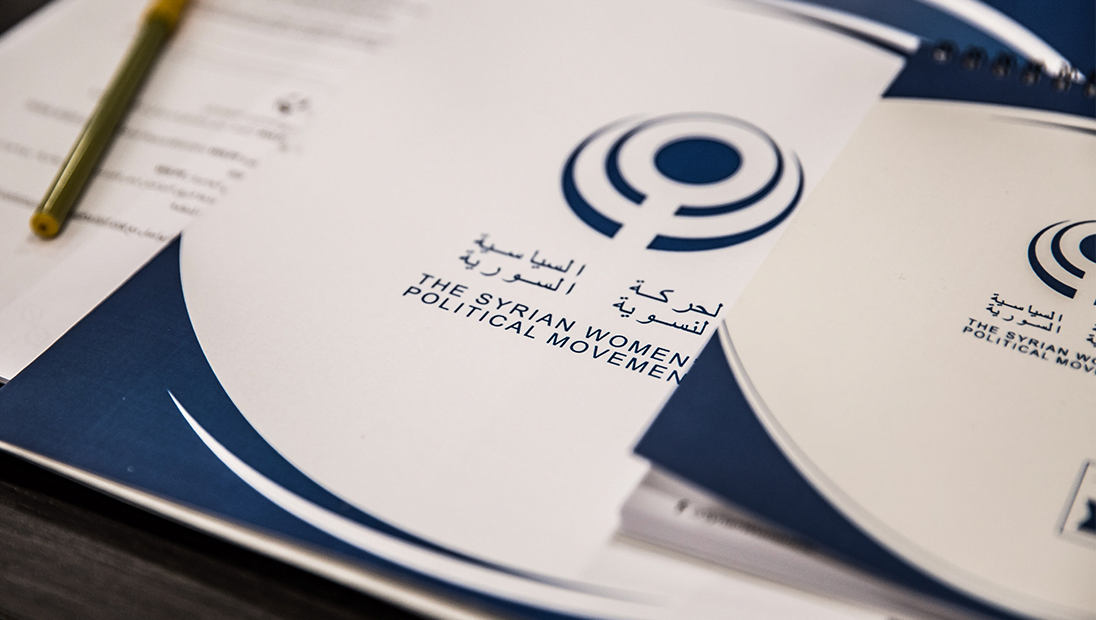 The discourse and work around justice and accountability in Syria has been mainly dominated by men, with women’s engagement being merely tokenistic. As a result, the impacts of the conflict on women are often under-analysed and, when discussed, primarily focus on gender-based and sexual violence. At the same time, examinations of justice-related issues typically represent women as victims while engaging men as experts. While many women-led groups engage with women and communities on issues of justice, their knowledge and expertise are often undervalued and underrepresented in these discussions.

WILPF seeks to provide an alternative look at a justice process that is gender-sensitive and specifically tailored to the needs and priorities of Syrian women – one that involves women as active agents, thus breaking the narrative that reduces them to mere victims. 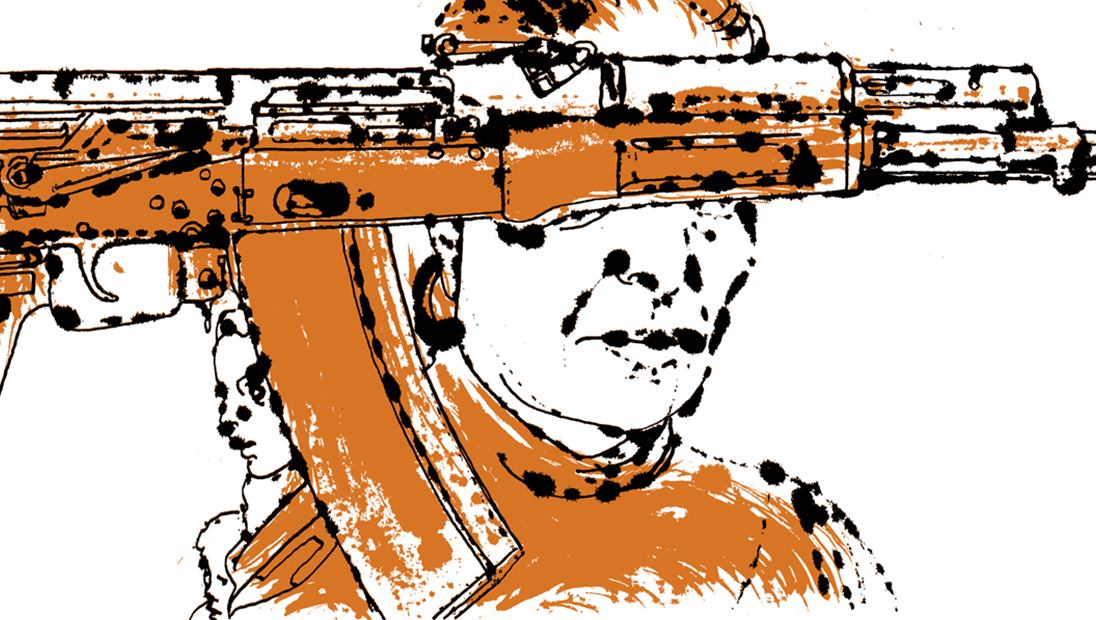 WILPF supports the Syrian Female Journalists Network (SFJN) in its efforts to build and strengthen a regional alliance between women media workers, women-led media organisations, and feminist groups in the MENA region.

Through this partnership, WILPF and the SFJN are also developing  and promoting capacity building tools to integrate the Women, Peace and Security Agenda into Syrian media.

SFJN held their first regional meeting with eleven women feminist journalists from the MENA region in November 2019, to discuss long-term regional collaboration between women journalists and to work jointly on common challenges that female journalists face in conflict areas. 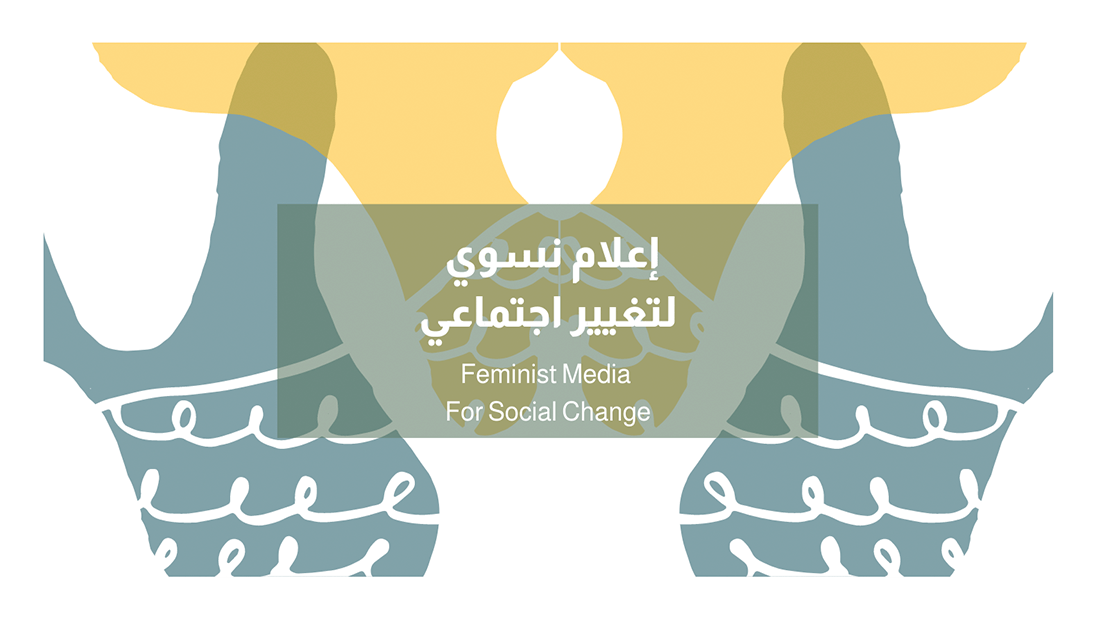 Marking 10 years since the Syrian revolution, during which feminist activists were always at the forefront of resistance, this episode of WILPF MENA’s Political Is Personal Podcast hosted four remarkable Syrian feminists.

They share an exciting and inspirational discussion on women’s meaningful participation before and after the uprisings of 2011. 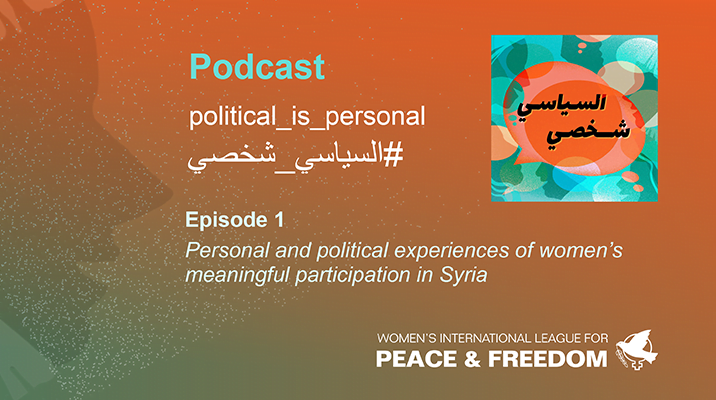 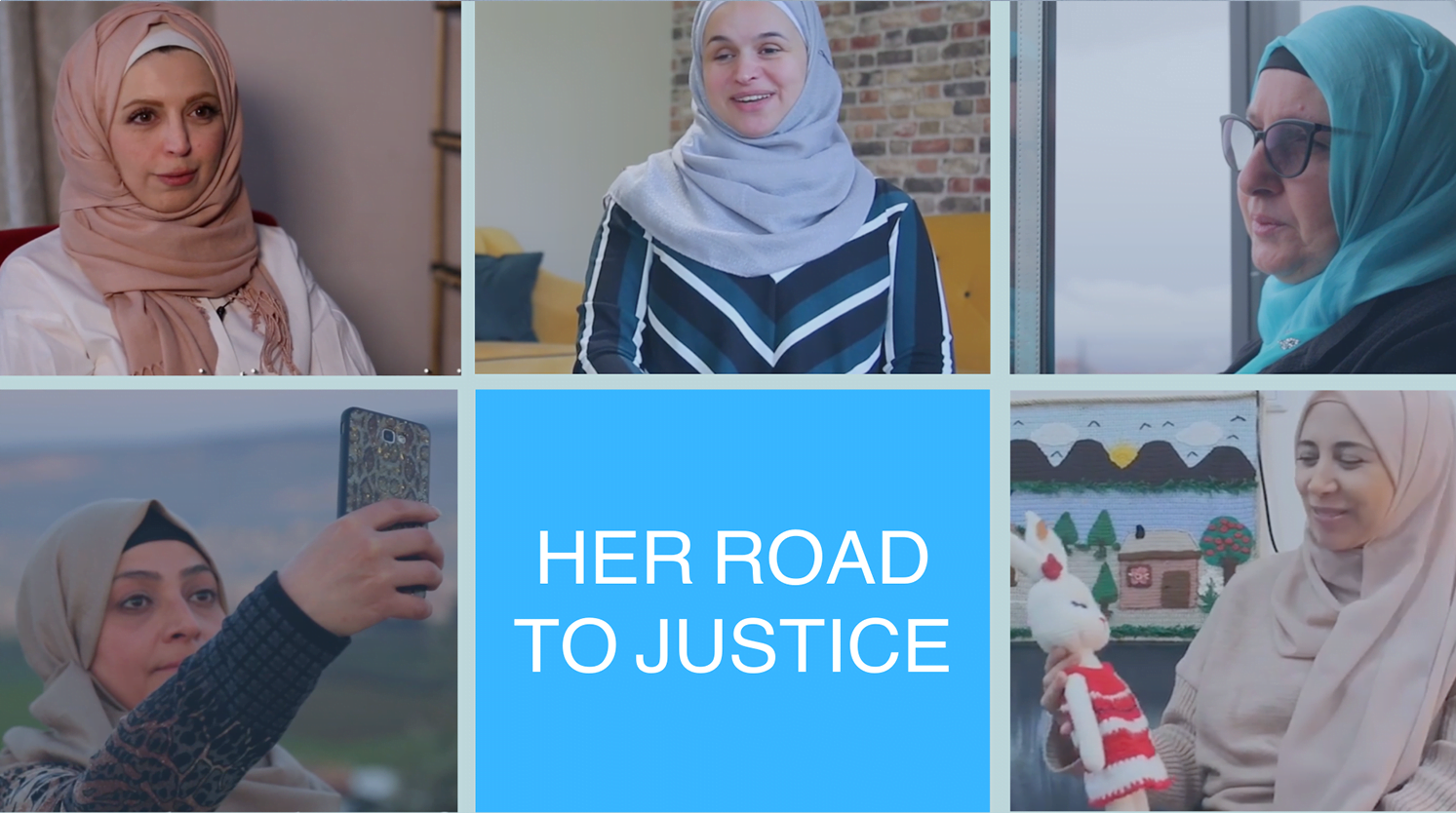 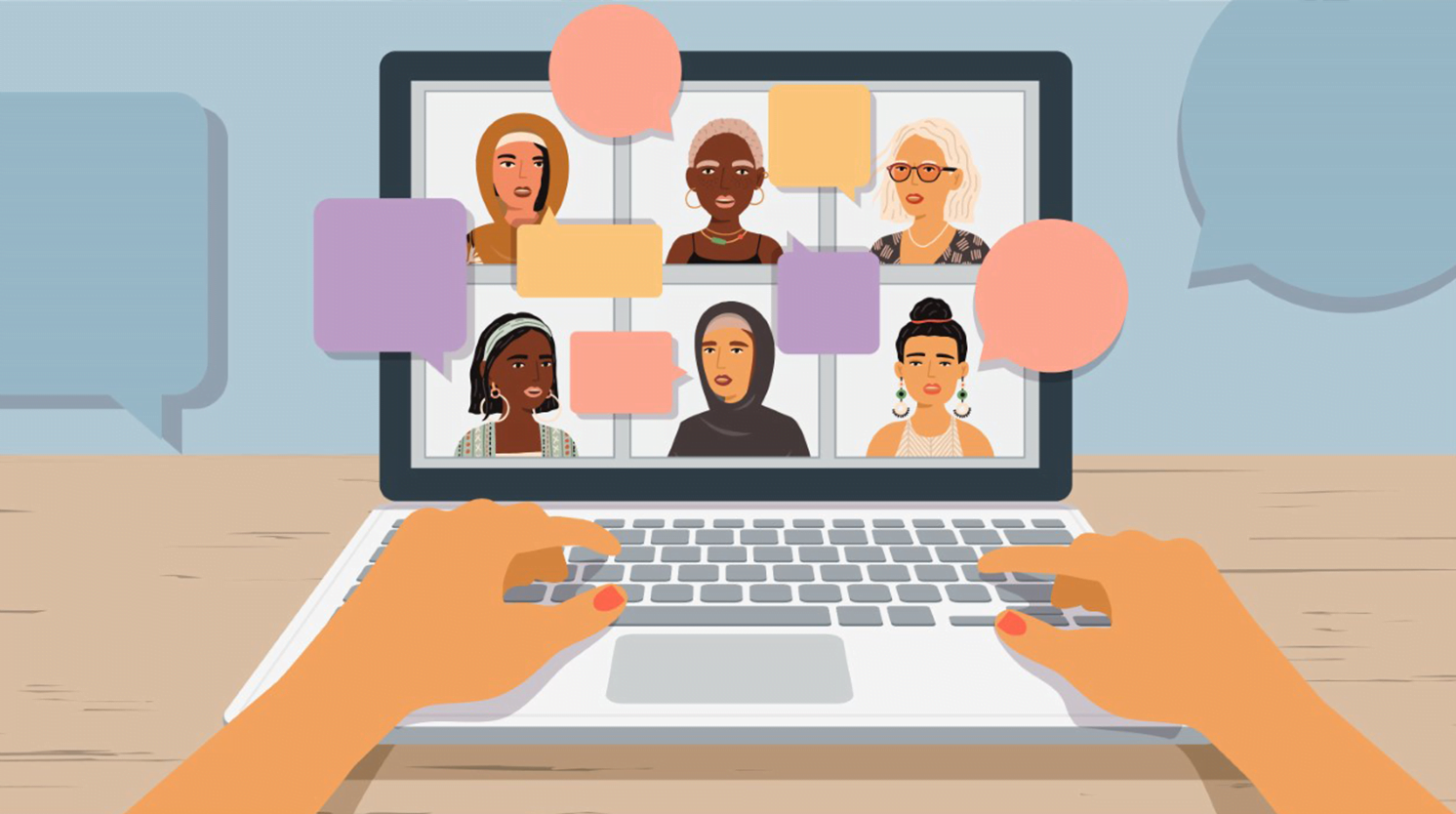 Feminists in Conversation: From Sudan to Syria

WILPF in Syria: The Power of Partnership 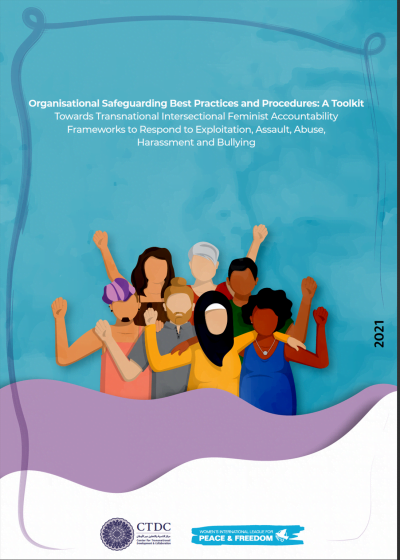 The Human Rights of Women in Syria

Policy brief: Sexual Violence by Force of Arms Against Women in Syria